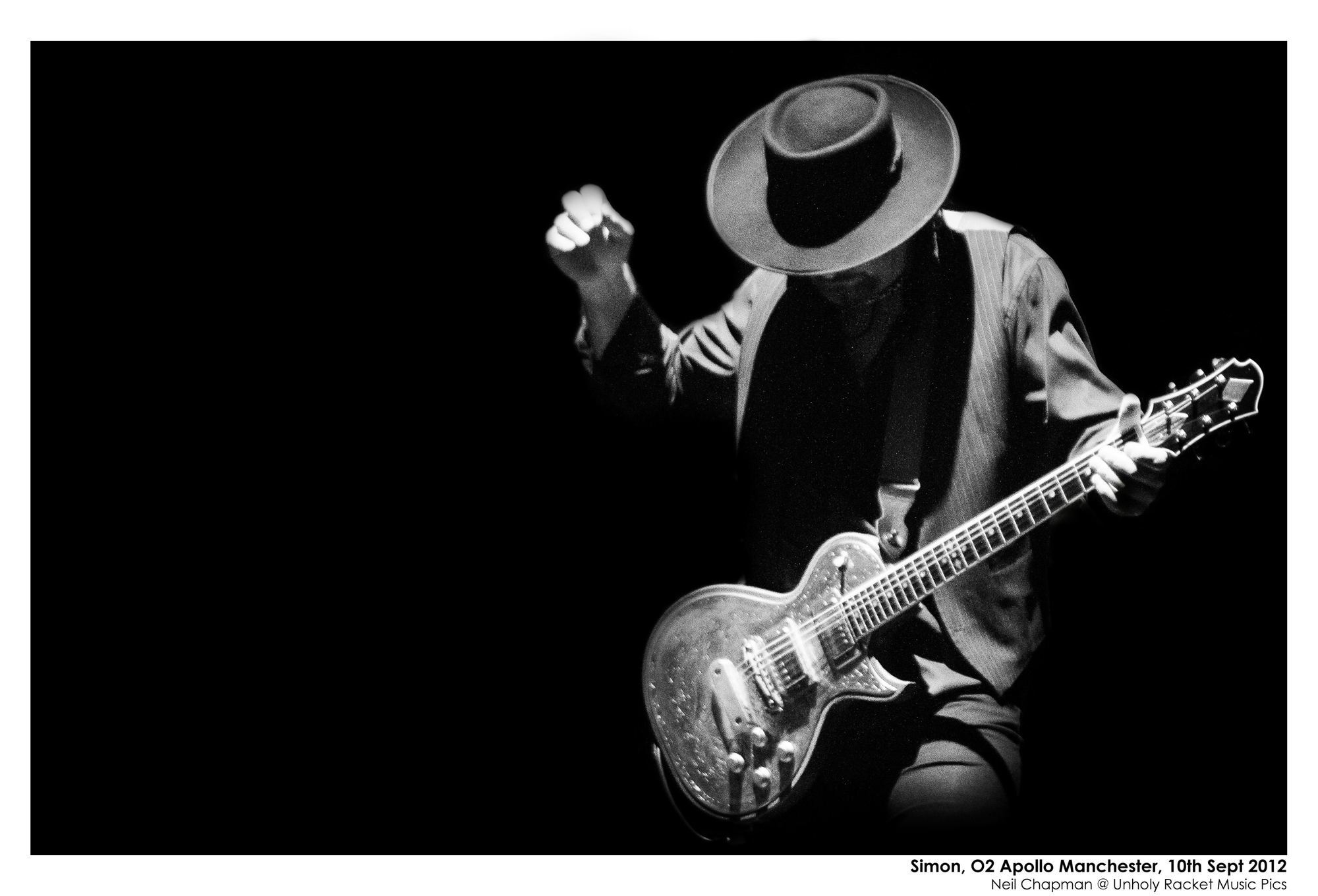 Simon began his musical career in the early 1980’s Sheffield, first with Artery, with whom he recorded two albums, two John Peel sessions, and a handful of singles. Then with Pulp, playing guitar, piano, bass and co-writing their first album “It.”  A spell as a resident studio engineer led to an experimental album “Flight Commander Solitude” on which Simon wrote all the music and played all the instruments… a rare thing in those days. Then in 1985 he returned to Artery, playing rock guitar until he was asked to audition for a new band forming in Leeds, later to become The Mission.

Simon stayed with The Mission for five years, through the first four albums, the chart hits, the extensive world tours, and the general insanity. He left in 1990 and went on to write solo pieces and soundtrack music, before releasing a second Flight Commander album in 1993. The following three years were spent with a three-piece electronic band Mindfeel, before disappearing to the desert in New Mexico.

It wasn’t until 2005 that Simon re-appeared with his solo album “Lose The Faith.”

Since then he has returned to live in the UK after thirteen years in the US and reunited with The Mission for their 25th anniversary followed by a celebrated run of world tours, two new albums, a 30th anniversary, and most recently guesting on Alice Cooper’s five UK arena shows.

Now, with the band taking a break, here is a varied collection of Simon’s songs spanning those years living in the back of beyond.  “Every time I come back to making music I’m reminded why I started doing it in the first place. This EP has been a long time coming but I’m very pleased with the way it’s turned out.”

To pre order Moving On go to: https://the-mission.tmstor.es/cart/product.php?id=38158

Danish titans Volbeat are back and they’re bringing the summer well and truly with them. T…