JOHNNY WORE BLACK has now revealed the brand new music video for their haunting track “Honey Club”, which gives fans a look inside the studio during JOHNNY WORE BLACK’s recording of the track. check it out below.

JOHNNY WORE BLACK frontman Jay Coen says about the song and video: “‘Honey Club’ is about men and women and the relationships we form played out in a salubrious, red lit club in any city alleyway – could be Chicago, London or Gotham. The video for ‘Honey Club’ was an on-the-spot plan that literally came together after a few calls. Producer David Bottrill agreed to participate, and Blake Bottrill shot the footage, all in downtown Toronto. This was shot at the Orange Room, where the track was engineered. The video was skilfully edited by Simon Brookes and graded by Wojciech Dudzicz.” 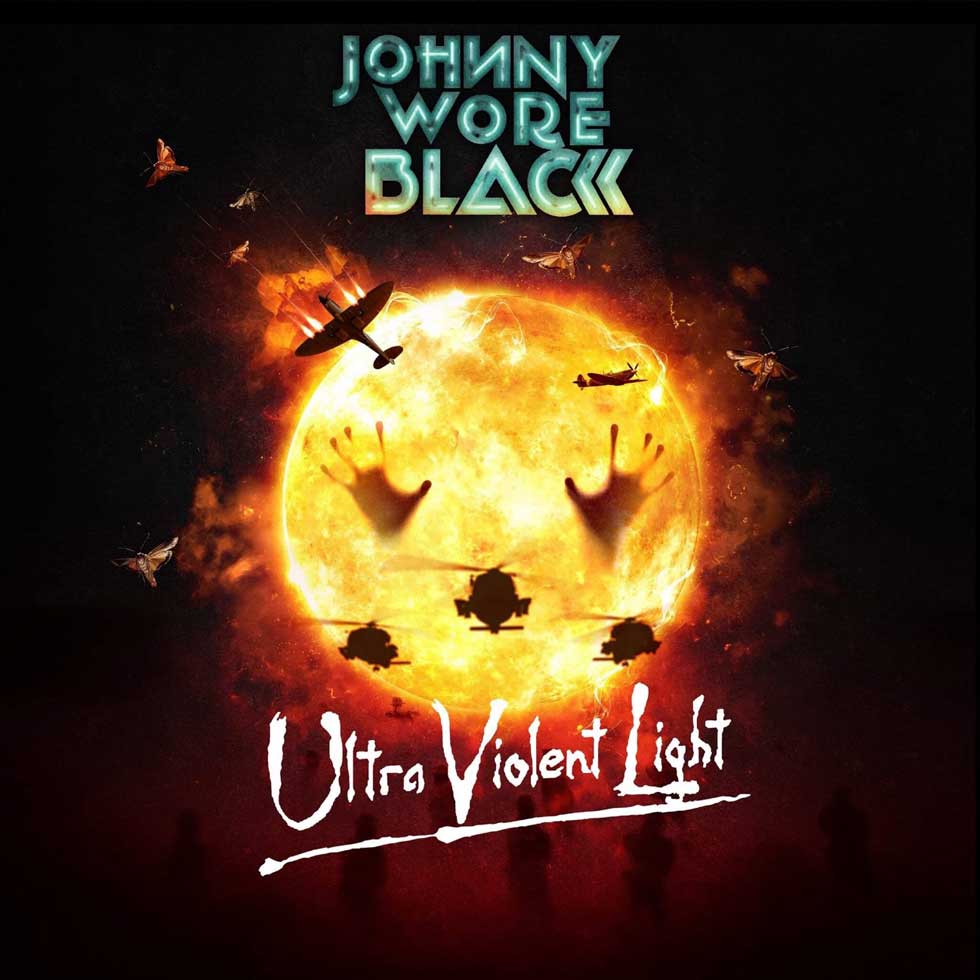 The album title, Ultra Violent Light, highlights the uncertain irony of heading blindly towards a so called “guiding light” that can, in fact, lead to a whole world of unpleasant danger. The logo, skillfully designed by Andy Pilkington (Soil, Flotsam & Jetsam, Fury, Kissin’ Dynamite, Bloodstock Festival), is a visual representation of the meaning of the album – paying homage to Apocalypse Now and again linking all of the cinematic connections JOHNNY WORE BLACK has.

JOHNNY WORE BLACK was formed in 2012 by frontman and mastermind Jay Coen. Having written songs since his teens, he had plenty of previously written material – a selection of which needed exorcising before new works could develop. JOHNNY WORE BLACK’s debut album was an exploration of older songs with a few new ones sprinkled in. The album was ultimately split into two parts as 2014’s ‘Walking Underwater Parts 1 & 2’.

JOHNNY WORE BLACK has received critical acclaim from publications including Music Week, Metal Hammer, Revolver and Classic Rock, as well as airplay on BBC Radio in Australia, the U.S., Europe and the UK. Their videos have been aired numerous times viaMTV’s Kerrang channel and Scuzz.

Additionally, Jay Coen is recognized for his stunt career, with screen credits includingGame of Thrones, Ready Player One, Spectre, Hitman’s Bodyguard, Rogue One, and Spiderman – Far From Home, to name a few.