Pre-order ‘World War X’ here: nuclearblast.com/carnifex-wwx
Pre-order digitally to receive ‘No Light Shall Save Us’ [feat. Alissa White-Gluz] instantly (viaAmazon and iTunes only) or pre-save the album via Spotify, Deezer & Apple: http://nblast.de/CarnifexPreSave
Listen to the song in the NB New Releases Playlists:
http://nblast.de/SpotifyNewReleases / http://nblast.de/AppleMusicNewReleases

With ‘No Light Shall Save Us‘ I think CARNIFEX and I have been able to create a really special piece,” comments Alissa White-Gluz. “The video shoot was an incredible experience and from the second I read the lyrics and heard Scott’s vision for the song I knew I could really build on it and express myself. I’m excited to share this with the world.

World War X was produced by CARNIFEX and Jason Suecof (DEATH ANGEL, CHELSEA GRIN, JOB FOR A COWBOY). The album was recorded and mixed by Jason at AudioHammer Studio in Sanford, Florida. Vocals for the album were tracked by Mick Kenney (ANAAL NATHRAKH, BLEEDING THROUGH) at The Barracks Studio in Huntington Beach, CA. The album artwork was created by Blake Armstrong.

1. World War X
2. Visions Of The End
3. This Infernal Darkness
4. Eyes Of The Executioner
5. No Light Shall Save Us featuring Alissa White-Gluz
6. All Roads Lead To Hell featuring Angel Vivaldi
7. Brushed By The Wings Of Demons
8. Hail Hellfire
9. By Shadows Thine Held

CARNIFEX is supporting ‘World War X’ on the road as a headliner on this year’s highly anticipated Summer Slaughter tour. The line-up includes THE FACELESS, RIVERS OF NIHIL, NEKROGOBLIKON, and BRAND OF SACRIFICE. 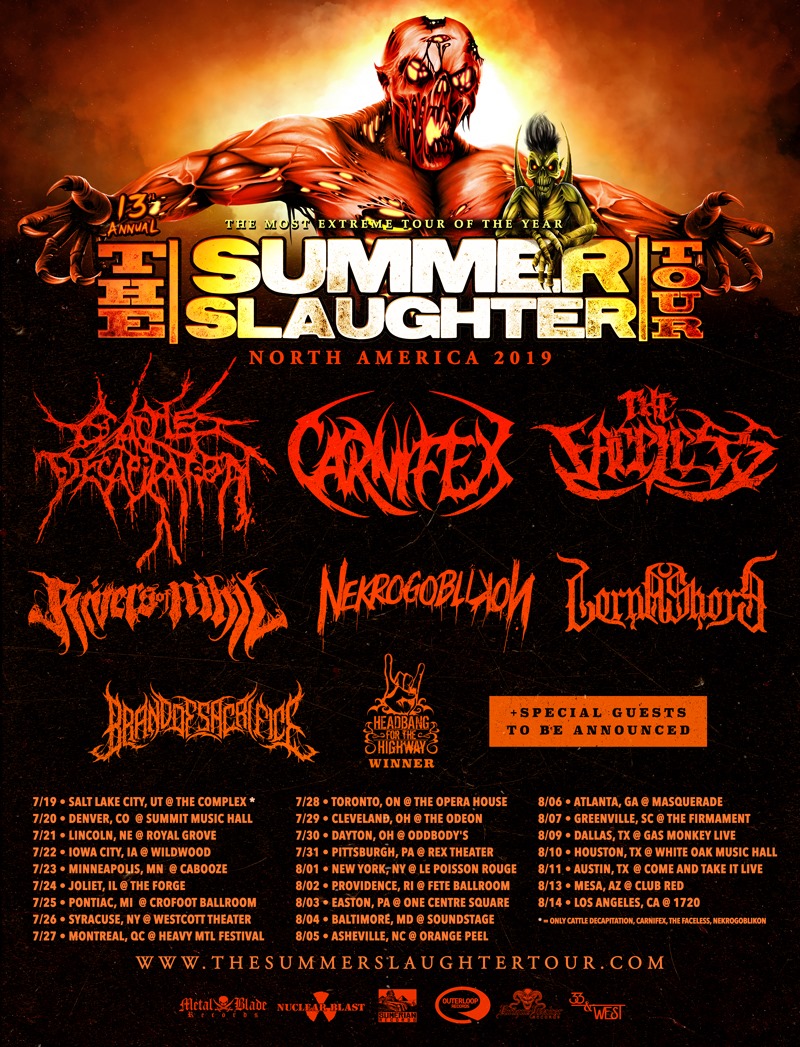