August 09, 2022
Trending Now
Home News NILE have announced a tour that’s due to hit the UK in September for three show dates

Today, death metal Egyptologists NILE have announced a tour that’s due to hit the UK in September for three show dates, and mainland Europe throughout September and October of this year. They will be accompanied by American death metallers HATE ETERNAL, VITRIOL and Swiss band OMOPHAGIA. The full tour consists of 25 shows across eleven countries. 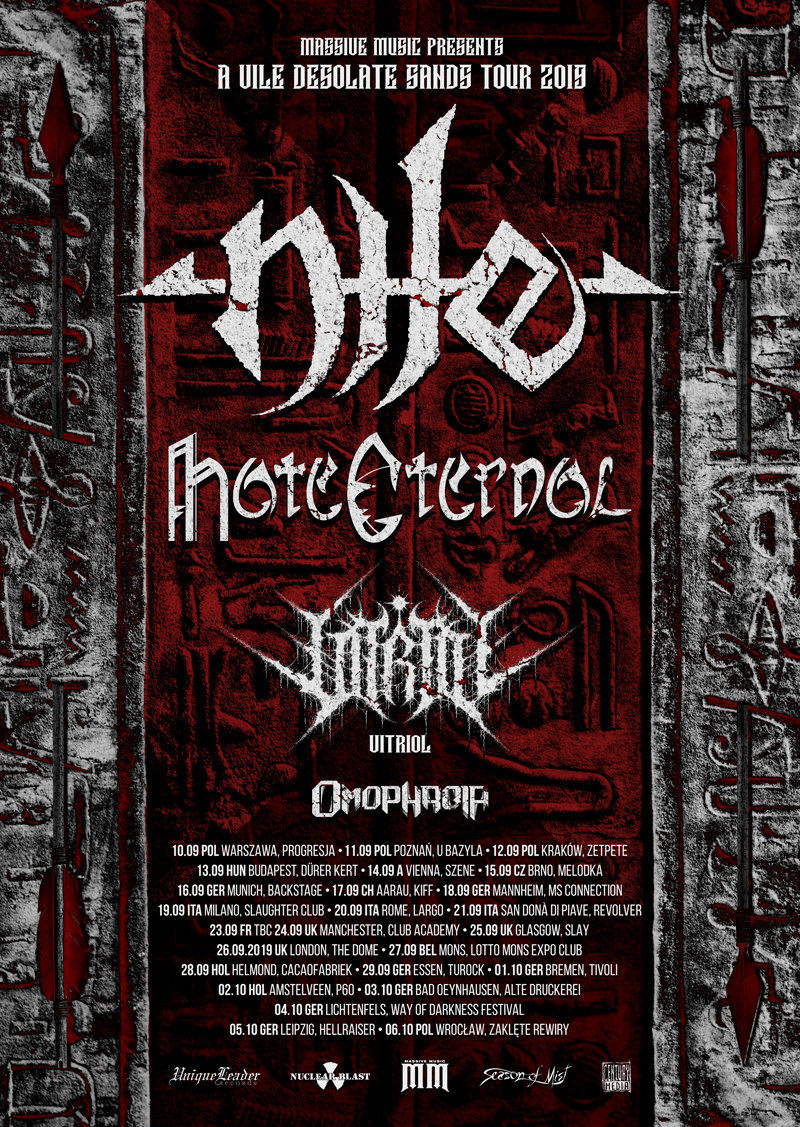 NILE released their latest record What Should Not Be Unearthed in 2015.

You can purchase the record here: Order What Should Not Be Unearthed physically HERE

Nile were formed in 1993 on a shared on interest of Egyptian history, culture and lore alongside the ferocity of modern death metal. Using a symphonic approach to song writing and arrangement, Nile unleashed an uncompromising attack that fused technical death metal with organic Middle Eastern tones. Their unique lyrical bias was inspired by Karl Sander’s interpretation of ancient Egyptian inscriptions, temple carvings, papyri, hieroglyphics and tomb paintings depicting ancient battles, rituals and religious ceremonies. The band have created numerous legendary technical death metal classics such as their 1996-debut Amongst The Catacombs Of Nephren-Ka, the hugely successful follow-up Black Seeds Of Vengeance and the 2002-release In Their Darkened Shrines. With critically acclaimed albums, EPs and several world tours under their belt, Nile have raised the bar for extreme metal bands musically, lyrically and conceptually.