Promising to be one of the most ambitious projects in metal history, BLIND GUARDIAN’s upcoming release will be well worth the wait. The idea of recording an orchestral album, originally formed in the minds of the two leading lights of the BLIND GUARDIAN universe – guitarist André Olbrich and singer Hansi Kürsch – in the 1990’s when BLIND GUARDIAN started to use orchestral elements to enhance their opulent sound. Today, the band reveal the album’s amazing cover artwork, created by the renowned artist Gyula Havancsák.

Hansi Kürsch comments: “The cover artwork by Gyula Havancsák just perfectly fits our upcoming project and I think it’s a true masterpiece. Gulya‘s love for details is incredible and his ability to see behind complex stories and reproduce them in art is amazing. We are more than happy since he could absolutely capture the monumental atmosphere of the music. Literally a perfect match. 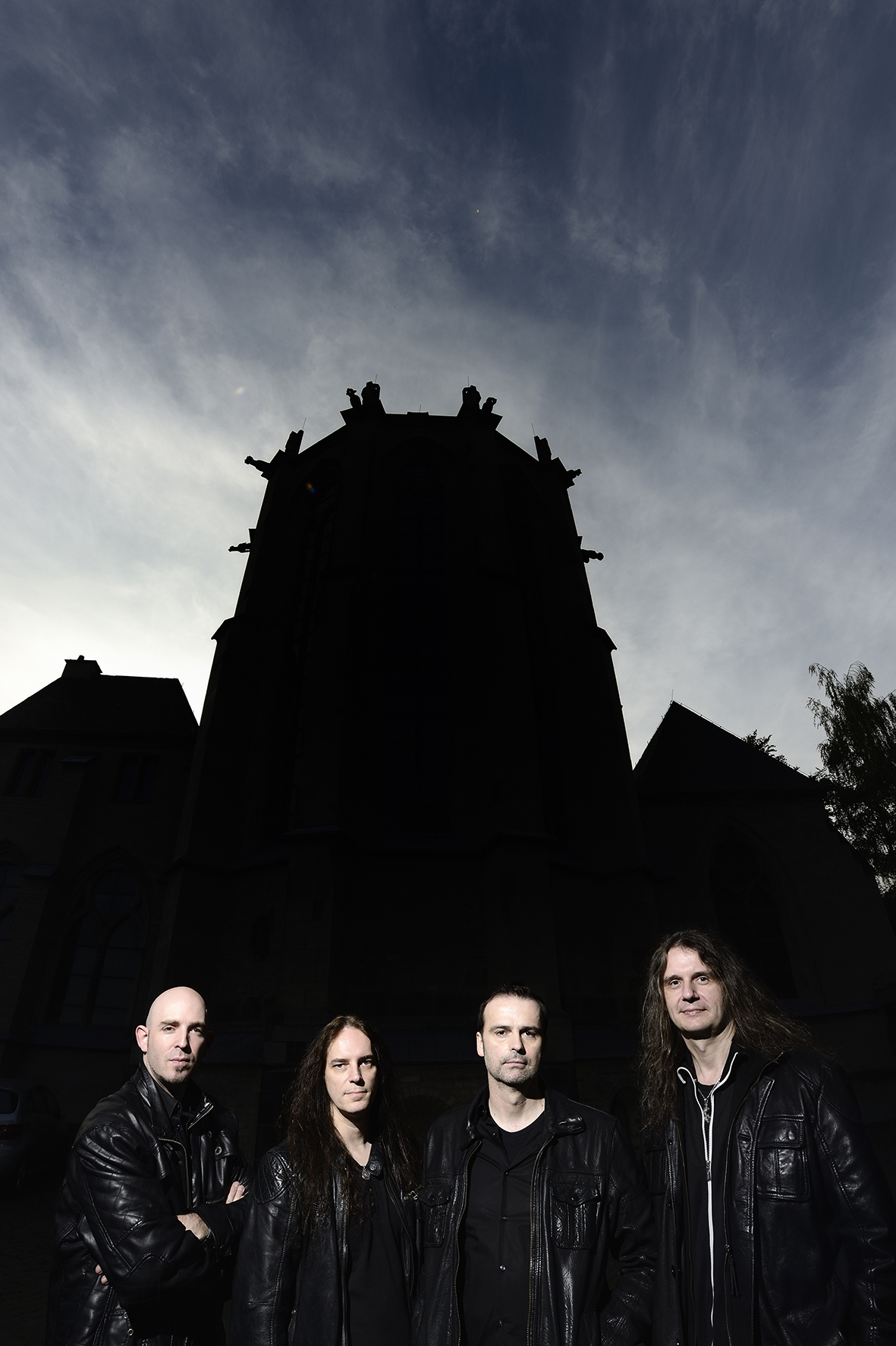 On July 19th the pre-orders for upcoming album The Legacy Of The Dark Lands will be launched, and the album will be released on November 1st.

In recent years the giant project started to take shape, and parallel to its epic sound cascades, the lyrical concept was then developed. For this, BLIND GUARDIAN was able to find support in German bestselling author Markus Heitz, whose latest novel “Die Dunklen Lande” was released on March 1st 2019. The book is set in 1629 and contains the prequel to BLIND GUARDIAN’s opus Legacy Of The Dark Lands.

“It’s incredible, that after 20 years we can actually finish this really exciting project. I am so happy and more than satisfied with it. Every single track unveils spectacular worlds and tells its very own story. With this album our biggest creative dream finally becomes reality. ” says front man/singer Hansi Kürsch whose favourite author was equally excited about the collaboration: “It’s really crazy: As Pen&Paper role players we used to listen to BLIND GUARDIAN whilst playing. And years later I get to work together with the band, which was incredible. It’s amazing, the things that can happen sometimes“, Markus recalls. “Of course I immediately agreed to join! This creative collaboration is very special for me.

The two protagonists have actively cultivated their creative exchange over the last five years. “Markus is a great story teller; with “Die Dunklen Lande” he created the perfect setting and with the mysterious Nicolas, the perfect character for our complex works. His inventiveness seems to be almost infinite. Absolutely impressive and very inspiring” praises Hansi Kürsch regarding the fruitful cooperation with the highly renowned fantasy author.

Both sides tell in their own way the story of the mercenary Nicolas and his involvement in the Thirty Years’ War. Author Markus Heitz starts the story off in his book and BLIND GUARDIAN follow suit with Legacy Of The Dark Lands. 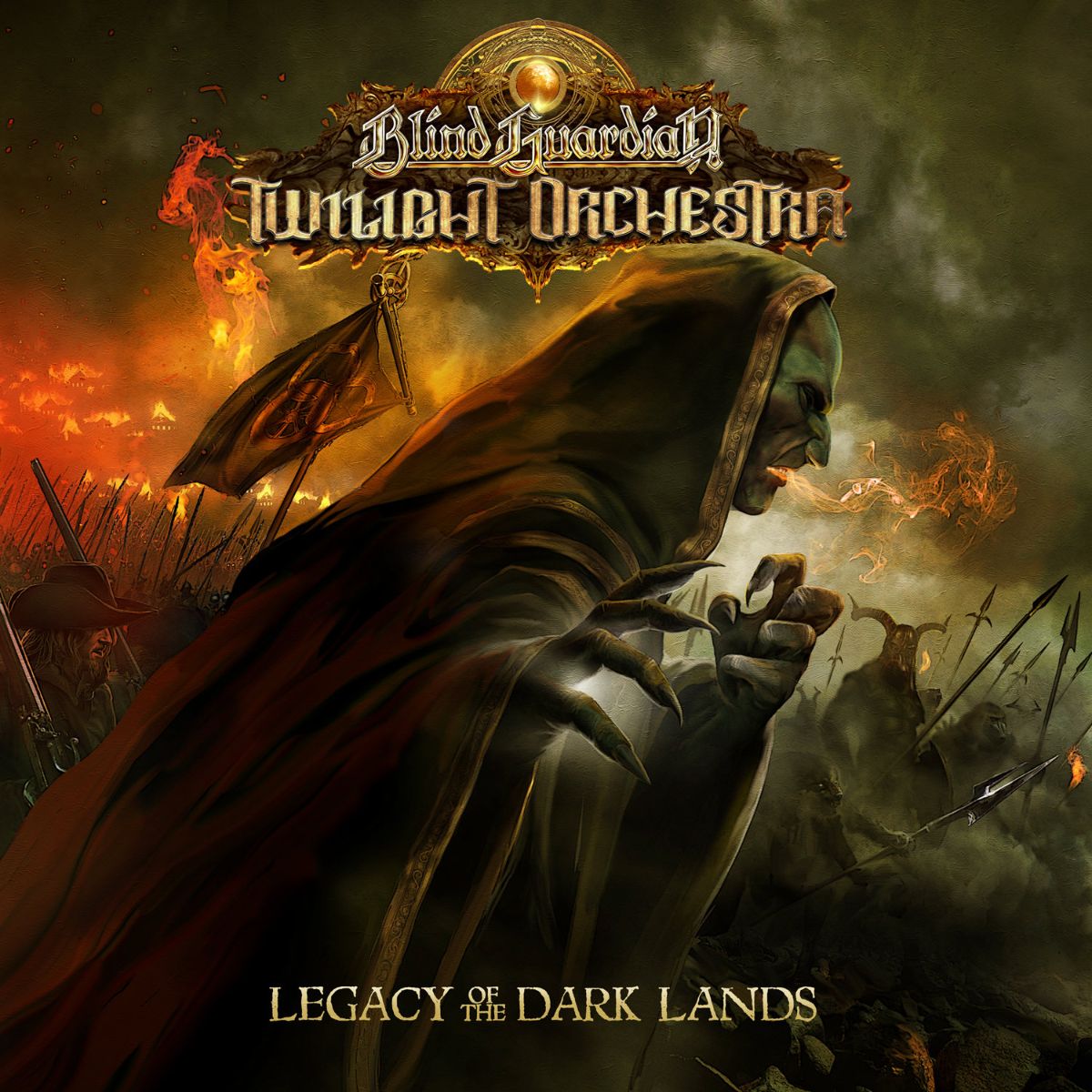 What is the secret surrounding Nicolas? Will he be able to cast off the chains of war and how will his loved ones fare? On Legacy Of The Dark Lands via BLIND GUARDIAN‘sTwilight Orchestra, André Olbrich and Hansi Kürsch fulfill their long-time wish of emphasizing imposing choral singing and classical orchestral arrangements. It promises to be an opus unlike any other that the German quartet has ever released, or rather: an opus, as has never been heard ever before.

The Novel “Die Dunklen Lande” is available to purchase: http://nblast.de/BGLegacyOfTheDarkLands