January 20, 2022
Trending Now
Home News EMPYRE is excited to announce the release of the third single and video “Stone” today.

Stone” further shows the band’s depth of song-writing capabilities. With “Stone” EMPYRE bend the fine line between a haunting ballad and an emotive atmospheric rock anthem, whilst presenting a track that moves with fluidity across rock-subgenres. Surreal, intense and evocative in its essence, “Stone” is a darker, more melancholic number compared to the previous singles. Fuelled by sorrowful lyrics and captivating vocals, “Stone” builds from an ethereal intro to a powerful anthemic chorus and a strikingly unique guitar solo that commands attention.

EMPYRE comments: “Our ode to our favourite character from our favourite series. Rust Cohle from True Detective. A dark philosophical character, who has explicit views on life, humanity and the universe. “Stone” gave us an opportunity to write about the darker side of human nature, which often is hidden or ignored yet we hope most people can identify with.

Hailing from Northampton, the atmospheric rock four-piece is ready to present a truly accomplished first record.
Filled with no fillers, “Self Aware” is a collection of 11 outstanding tracks, in which each song individually showcases a band with skillful songwriting and a bold sound.

Every song on the album has its own personality, and an underlining and unifying soundscape ties all the tracks together, fusing the roots of the style’s tradition with a unique musical edge, creating a distinctive, dark and introspective rock. From the gritty opener “My Bad” to the heavier and more intense “New Republic”; from the dramatic “Too Close” to the more upbeat “Drive”; from the hard-hitting “Too Little Too Late” to the atmospheric and epic “Homegrown”; each track is lyrically engaging and displays an unapologetic unique sound.

Formed in 2016, EMPYRE saw a successful 2018, playing the international HRH Festival – Road To Ibiza and capturing the attention of BBC Introducing, which described the band’s sound as “triumphant, chest beating rock”. EMPYRE also performed a session for the renowned ‘Whispering’ Bob Harris’ – Under The Apple Tree Sessions”, a privilege usually reserved exclusively for country acts.

Off the back on an extremely successful rotating headline UK tour, with English rockers Ryders Creed and The Rocket Dolls, EMPYRE will keep on bringing “Self Aware” across the British stages. 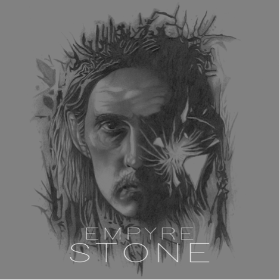