2020 is set to be an unforgettable year for British and European thrash metal-heads – three legendary pioneers of the genre have announced that they will be touring through out next spring. Hitting the road will be no other than the Bay Area’s very own TESTAMENT, EXODUS and DEATH ANGEL – who have all teamed up to bring the catchily dubbed ‘The Bay Strikes Back‘ tour to our shores.

TESTAMENT’s Chuck Billy commented:
“It’s finally happening!!!! All of us have spoken over the years of how killer it would be to tour together and bring Bay Area Thrash Metal across the world and we are starting in Europe. I’m sure I can speak for all three bands in saying that we are proud of where we all came from and we are still delivering some of the best thrash metal we can to the fans. Be ready for the Bay Area Strikes Back Tour 2020. 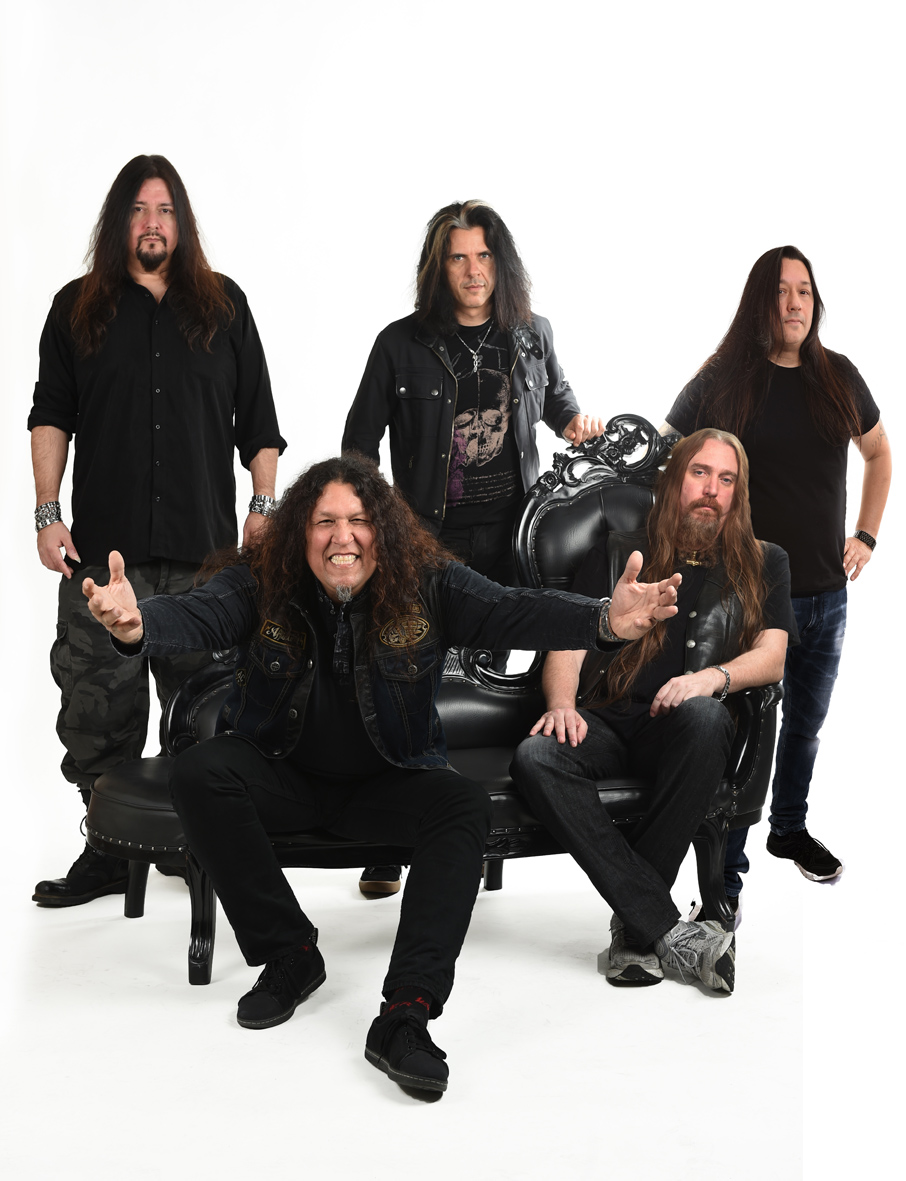 And Gary Holt from EXODUS:
“I am fired up to FINALLY return to Europe with Exodus! Along with our Bay Area friends Testament and Death Angel! An epic tour for the ages! Looking forward to crushing everyone Bay Area style! See you there!!! I cannot wait. 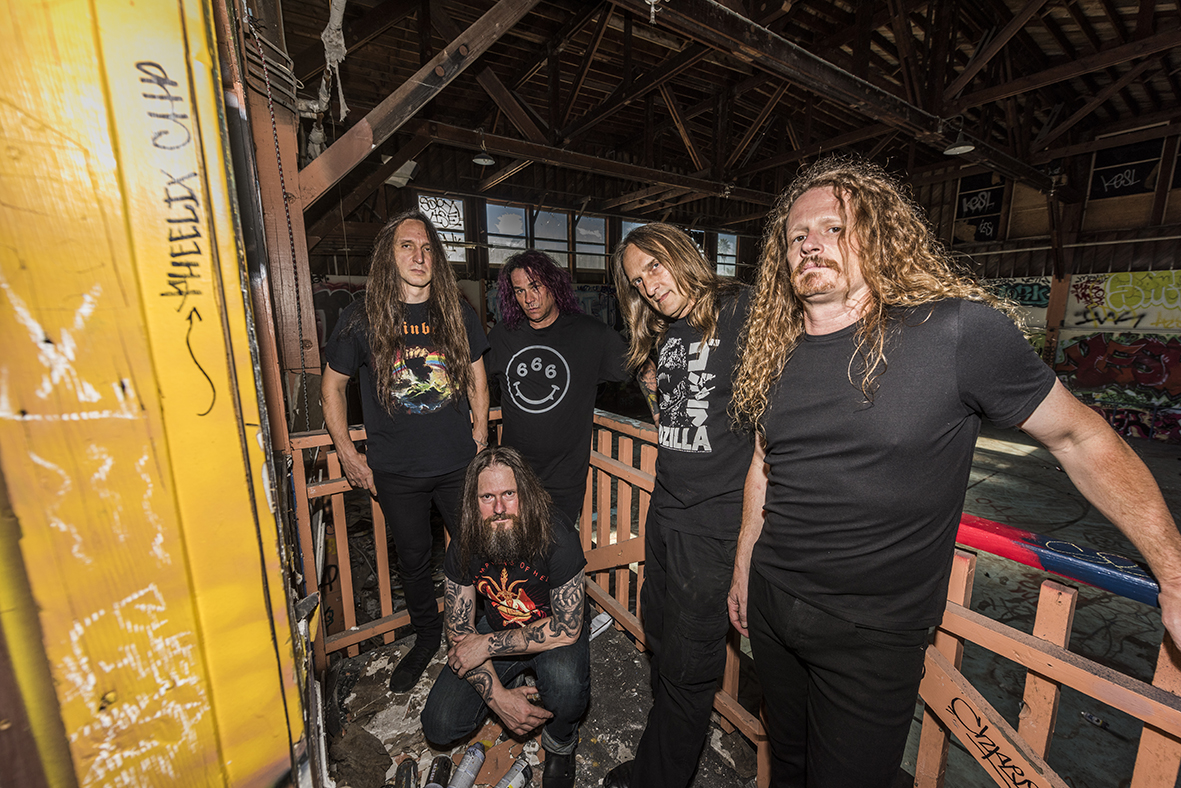 DEATH ANGEL’s Rob Cavestany added:
“We couldn’t be more excited to announce our upcoming tour with Testament and Exodus! Bay Area Thrash Attack in full force! All three bands have been close friends for decades and our mutual respect is of the highest level. That said, we will surely push each other to go beyond expectations each and every night. This is a first – the three of us have never toured together in the same package… it’s about time! See you in the pit.

Both TESTAMENT and EXODUS are currently working on the follow-up to their 2016 (TESTAMENT – Brotherhood Of The Snake) and 2014 (EXODUS – Blood In, Blood Out) albums, while DEATH ANGEL will be touring in support of their most recent record, 2019’s Humanicide.

UK shows will go on sale this Friday 2nd August @ 10am BST via the below links!

TESTAMENT were one of the first thrash metal band to emerge from the San Francisco Bay Area in the 1980’s, originally formed as LEGACY in 1983 by founding members Eric Peterson (rhythm guitar), Derrick Ramirez (guitar) and Louie Clemente (drums), the line-up included vocalist Steve Souza and Greg Christian (bass). Ramirez was later replaced by renowned player Alex Skolnick (lead guitar). Souza soon departed to join EXODUS and suggested that the imposing Chuck Billy take over as front man. The band became known as TESTAMENT three years later, while recording their debut album in Ithaca, New York. The Legacy was a brutal introduction in 1987, putting TESTAMENT at the forefront of the flourishing thrash metal scene.

Following Live At Eindhoven, an EP recorded at Holland’s Dynamo Festival, The New Order (1988) was very well received, producing one of the band’s most memorable classics ‘Disciples Of The Watch’. Next came the highly successful Practice What You Preach (1989), then the release of Souls Of Black (1990) coinciding with the famed European ‘Clash Of The Titans’ tour with SLAYER, MEGADETH and SUICIDAL TENDENCIES – which helped cement their place in thrash royalty.

TESTAMENT signed with Nuclear Blast in 2007 and have since released three critically acclaimed studio albums; The Formation of Damnation (2008), Dark Roots Of Earth (2012) and The Brotherhood Of The Snake (2016).

To celebrate their 40th anniversary, Bay Area thrash metal legends EXODUS recently unleashed a new single titled No Love (Live At Day In The Dirt 1984). The physical version of the single also includes a rare demo version of ‘Death Row’ on the B-side, which is only available on this release. Day In The Dirt was perhaps the ultimate example of the Bay Area thrash metal underground scene in 1984. A plywood stage constructed in a Berkeley, CA park where SLAYER, SUICIDAL TENDENCIES and EXODUS played to a frenzied crowd of headbangers. It was also evident from this show, and others like it, why EXODUS was so influential on the Bay Area scene and thrash metal in general. With the eventual release of their first album Bonded By Blood, the band would take their music and their live show to new heights of insanity in the years that followed.

The formation of the beast we now call EXODUS began in Richmond, CA in 1979, and although many started their journey as fans a few years down the line, there is no debating that the early 80’s was a time for major growth in the world of thrash metal, especially in the Bay Area of California. For some it began in 1982 with a low generation copy of a local band’s three-song demo. For some, it began with their first listen to Combat Records’ version of Bonded By Blood in 1986. As the original architects of the thrash metal scene, EXODUS have battled every kind of adversity over the past 30 years and used it all as fuel to stoke their ever-raging fire. Short-lived trends, line-up shifts, label conflicts, even the death of founding vocalist Paul Baloff couldn’t stop the beast.

One cannot discuss the power and influence of EXODUS without going into the genealogy of metal music itself. Long hailed as the band that spawned the burgeoning Bay Area thrash scene in the early 80’s. At the beginning of their career they gained huge notoriety in the international underground scene as a result of the tape trading community. Their dynamic guitar riffing, adrenaline-inducing drum work, and bloodied live shows made all the difference in the band’s mission to take Bay Area thrash to a worldwide audience. By 1983, the band line-up included guitarist Rick Hunolt and bassist Rob McKillop. EXODUS’ debut, the immortal, must-have, undisputed thrash classic Bonded By Blood was released in 1985 via Torrid Records (then re-released in 1986 on Combat Records), and a vast tour with SLAYER and VENOM propelled the band into a household name.

You can purchase EXODUS‘s new limited edition vinyl single No Love (Live At Day In The Dirt 1984) via white vinyl HERE and red vinyl HERE.
Also their latest studio album Blood In, Blood Out physically HERE and digitally HERE.

With latest album Humanicide, DEATH ANGEL has maintained their throne in the universe of thrash while still managing to remain progressive in their style and hungry as ever – Humanicide standing out as the culmination of thirty-plus years of music. They apply a wide variety of different elements to their music, always pushing to add newness to their sound. This time around they’ve included everything from acoustic bits, to guest musicians, to even (for the first time) the notes of a piano. All ten songs flow seamlessly yet each leaves its own distinct impression. The first single and title track ‘Humanicide’triumphantly represents the entirety of the album, immediately energising the listener.Mark Osegueda remarked: “I wanted to write something that metal fans could really grasp onto. Something dark and intense, that still makes sense. Right now I think it’s so apparent that the earth is in a sickened state.”

Not every band can rise up to be musical legends, but every once in a while a group is able to exceed all expectations and define the boundaries of a genre. Among one of the youngest bands ever to storm the metal world, DEATH ANGEL have come to be known as one of the most influential bands to emerge from the 80’s Bay Area thrash scene. DEATH ANGEL weren’t just a band, they were family! Originally formed in 1982 by five cousins, including current members guitarists Rob Cavestany and vocalist Mark Osegueda.

Their career kicked off with legendary debut, The Ultra-Violence in 1987. The classic Frolic Through The Park began to cement their legacy and even earned the distinction of landing on Loudwire’s list of the ‘Top Ten Thrash Albums NOT Released by The Big 4’. The group broke up following 1990’s Act III only to reunite in 2004 on The Art of Dying for the next generation. It was August 2001’s Thrash of the Titans benefit show for Chuck Billy however, that originally brought the group back together. They received such a positive response that they played a string of other well-received gigs around the San Francisco area and a pair of European tours, despite the band not having issued an album in over a decade!