Swedish metallers TUNGSTEN, formed by Anders Johansson (ex HAMMERFALL), was recently revealed to the world and have signed with Arising Empire Records. Welcome to the family.

Today, they’ve released the title track off their forthcoming full-length album titled We Will Rise, and have also launched the pre-orders. We Will Rise will be available on September 20th via Arising Empire. For the music video TUNGSTEN teamed up with video producerPatric Ullaeus (rEvolver Film Company).

Bass player Karl Johansson remembers the day of the shoot: “It was a freakin’ fun day ´shooting this music video! Patric Ullaeus is such a great guy and a true professional. The whole area where we were filming was beautifully spooky and super cold hahahaha”.

Nick Johansson (guitar) adds: “I think this song (We Will Rise) will be perfect to use as our first single because it contains all the musical elements that represent TUNGSTEN. It’s guitar driven and heavy but, still melodic and somewhat mystical.”

Anders Johansson (drums): “There are so many bands today playing great stuff but often they tend to sound a bit similar. We wanted to be a bit different, to break through the media noise. We adapted a vibe that we think is a bit special for this song. Using Patric, that I personally worked with before for a HammerFall video recording (One more time), was the obvious choice. He is full of energy and ideas.

Mike Andersson (vocals): “This was one of the last songs composed for the album. I was totally in a trance when I listened to it the first time after receiving it from Nick (who wrote the song). It was such a great feeling to write the lyrics and work with the vocals. The intro is so mystical and enchanting… ´choosing this song as first single was a unanimous decision. 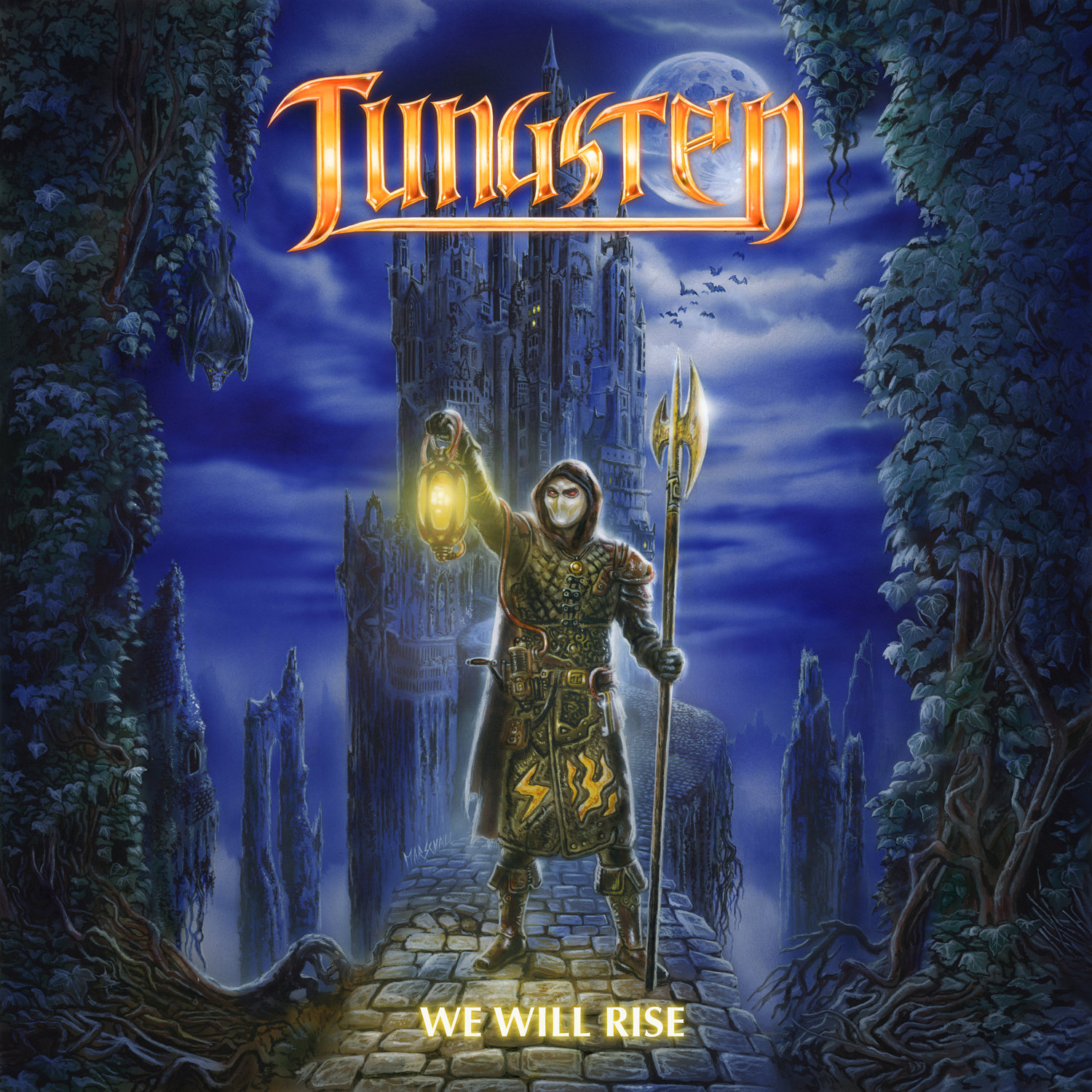 TUNGSTEN was formed in 2016 by drummer Anders Johansson (ex HAMMERFALL, ex YNGWIE J. MALMSTEEN’S RISING FORCE) after his sons Karl and Nick Johansson let him listen to some songs they had composed together. Anders: “I really liked the songs. My sons are of course younger than me, and the songs were modern metal, like something I could never come up with. At the same time, I could hear melodies that reminded me of Nordic folk music that made me think of the past. The overall impression was catchy heavy metal with both past and future, present. I asked Karl and Nick if they wanted to join me in a band and play these songs with me, and I’m happy that they accepted.

With drums (Anders), guitars (Nick) and bass (Karl), and newly composed songs,TUNGSTEN asked Mike Andersson (CLOUDSCAPE, ex PLANET ALLIANCE,FULLFORCE) to do vocals. Mike has a powerful voice and a varied style of singing and was a perfect fit to TUNGSTEN’s music.

WE WILL RISE
The recording of TUNGSTEN’s debut album We Will Rise took place in the summer of 2018. Drums were recorded at Heptagon Studios and guitars and bass at Harmstudios. Vocals and choirs later added by Mike. We Will Rise is produced and mixed by NickJohansson. The music on TUNGSTEN’s debut album has influences from the different backgrounds of the members. Anders Johansson is one of the most skilled and experienced drummers in the metal world with a background in listening to DEEP PURPLE and RAINBOW, but he also has strong influences from jazz and he plays upright bass. The musical talent was passed on to Karl and Nick who praise bands like RAMMSTEIN and MESHUGGAH. Being from a later generation, they bring modernity and current trends to the music. Mike enjoys a wide variety of bands, from the BEE GEES toMESHUGGAH, and listens a lot to different singing styles which contributes to the melodic and varied singing on We Will Rise.

The lyrics on TUNGSTEN’s We Will Rise also deal with both past and present. Some of them are about fiction and fantasy and tell stories of ancient wars, knights and heroes, whilst others are more realistic and describes everyday life with drama, passion and sorrow, in today’s world.

The artwork for We Will Rise, as well as the TUNGSTEN logo, were made by the legendary Andreas Marshall who is known for being the creator behind album covers for bands such as Blind Guardian, Obituary and Hammerfall. Andreas also created “Volfram”, the man on the album cover who is holding a guiding lantern and a battle axe. The layout for the We Will Rise album was put together by Rainer Kalwitz.

TUNGSTEN have recorded three music videos with well-known music video creatorPatric Ullaeus. The first one to be released was the title track ‘We Will Rise’.