German epic metal pioneers, EQUILIBRIUM, will set aflame a brand new bonfire this summer with their sixth studio album. ‘Renegades’ (out: August 23rd via Nuclear Blast) is heralding a watershed, the turn of an era for this genre. This is metal at its most epic and most monumental, bearing huge songs, resting firmly in the Zeitgeist with a massive, modern production and sporting quite a number of eclectic influences. And before the bleating erupts: It’s working, it’s blending in – and above all, it’s still EQUILIBRIUM. Quite possibly more than ever.

The album’s limited Digipac includes an exclusive bonus CD with 8-bit versions of all songs on the album. Today, the band presents a small taster of this bonus CD in the form of a video for the 8-bit version of the song ‘Renegades – A Lost Generation.

The band states:
“Most of us grew up with computer games in the 80s and 90s so every time we hear these 8-bit sounds it’s kinda nostalgic. We always had this idea in mind to make 8-bit versions of our songs and this time we just did it! This clip will give you a little taste of how it sounds.

In support of this upcoming release, the band will tour Europe in early 2020 to present the new material to their fans! Direct support will come from German dark-rock band LORD OF THE LOST. Melodic death metallers NAILED TO OBSCURITY and newcomers OCEANS will be playing as the opening acts! Find all dates below. 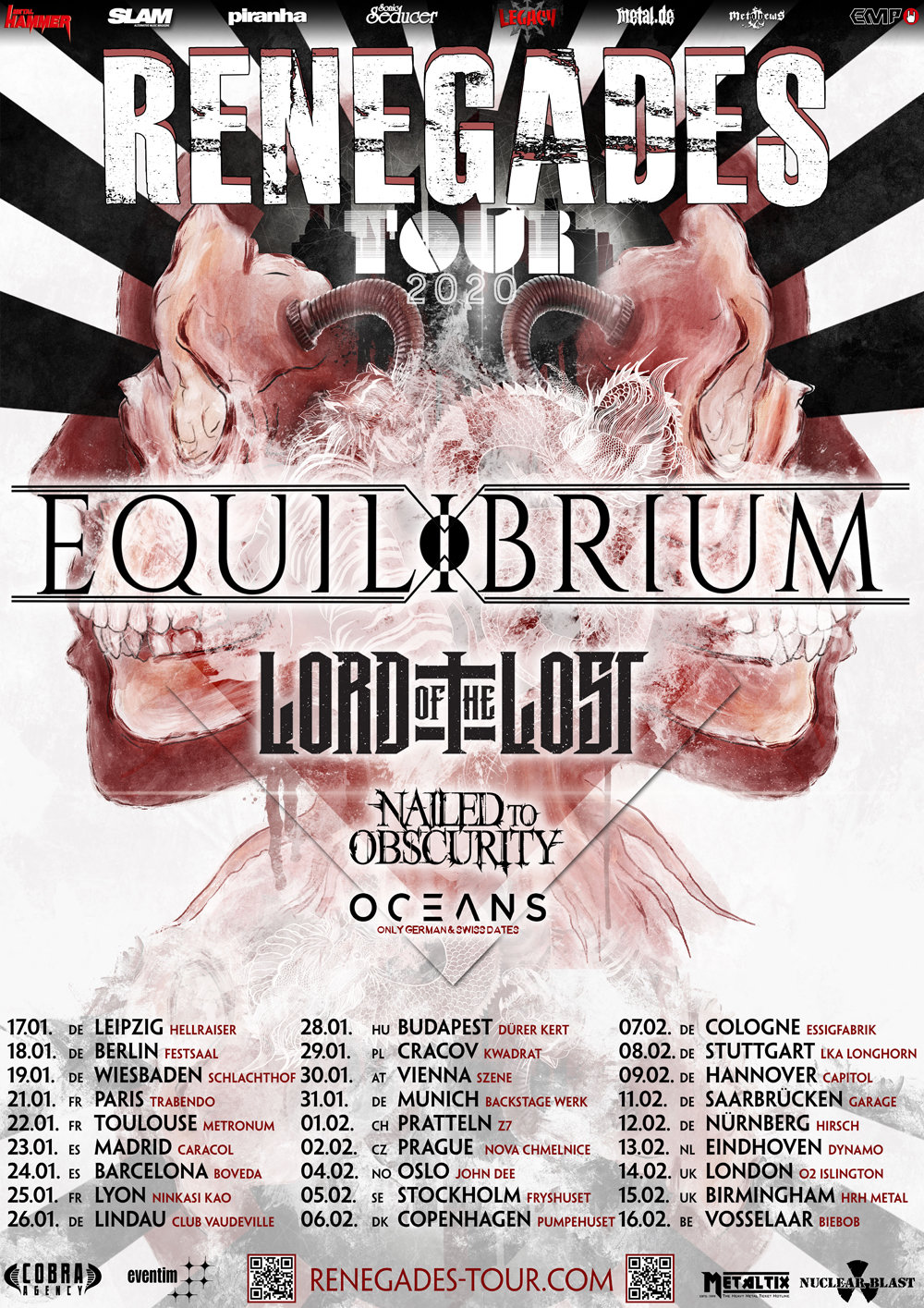 enegades’ was recorded and produced during September 2018 until March 2019 by the band and Swedish producer Robin Leijon and is the first EQUILIBRIUM album to feature Skar with his clean vocals and Skadi Rosehurst on synths.