Rock’n’roll legends The Quireboys have released a brand-new video for their new single “Original Black Eyed Son” – which is the stunning lead track taken from their latest album, the critically acclaimed “Amazing Disgrace

Released via Off Yer Rocka Recordings, the single portrays life as a singer in a rock’n’roll band – on the road in dodgy hotels and staying up until the sun rises just to do it all over again.

Very apt too as Spike, Guy, Paul and Keith are seemingly never off the road – embarking on a worldwide tour that takes in Australia, SE Asia, the USA, Canada, various European and UK dates including a sold-out 35th Anniversary date at London’s Kentish Town Forum. 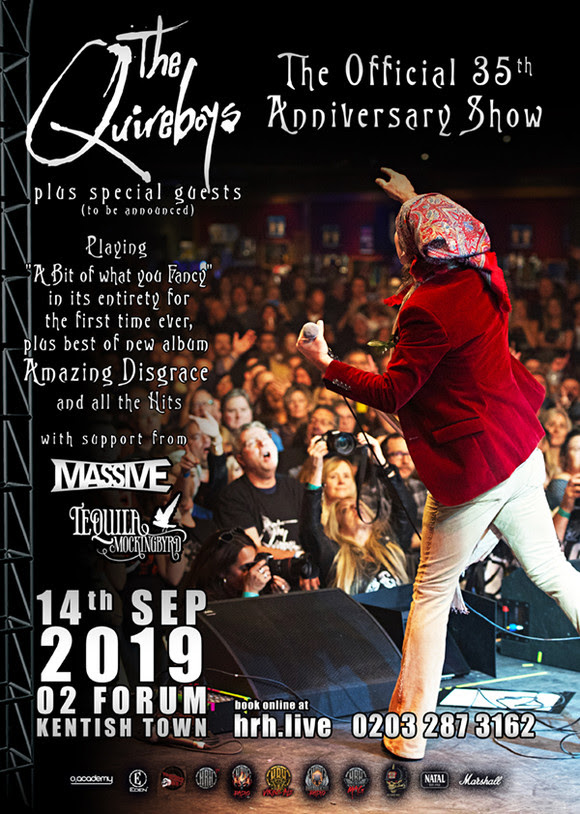 The Quireboys are certainly enjoying a revival – selling out venues around the world – with 2018 also taking in The Monsters of Rock Cruise, HRH AOR VI, Sweden Rock and Stonedeaf festivals. 2019 has seen a brand-new studio album – their 12th called Amazing Disgrace which is available on CD, Vinyl and Digital release… so be a part of the never ending Quireboys party – as there’s no sign of Spike, Guy, Keith and Paul slowing down any time soon!