Consisting of lead vocalist Danny Vaughn, drummer Michael Clayton, keyboard player Ged Rylands, guitarist Chris Green and bassist Greg Smith, this new live record is a celebration of the 25th year anniversary of the release of Tyketto’s second studio album, ‘Strength In Numbers’.
[youtube https://www.youtube.com/watch?v=-4D32Eka7CU&w=560&h=315]
It sees the world renowned hard rock act perform all the songs included on the original 1994 studio album plus ‘Wait Forever’, which was written and recorded at that time but only appeared as a bonus track on its Japanese release.
The band had actually finished the writing sessions of the album by mid-1992, but anyone who lived through the grunge revolution knows just how quickly it swept through the world of rock music and forever changed the landscape of the industry. 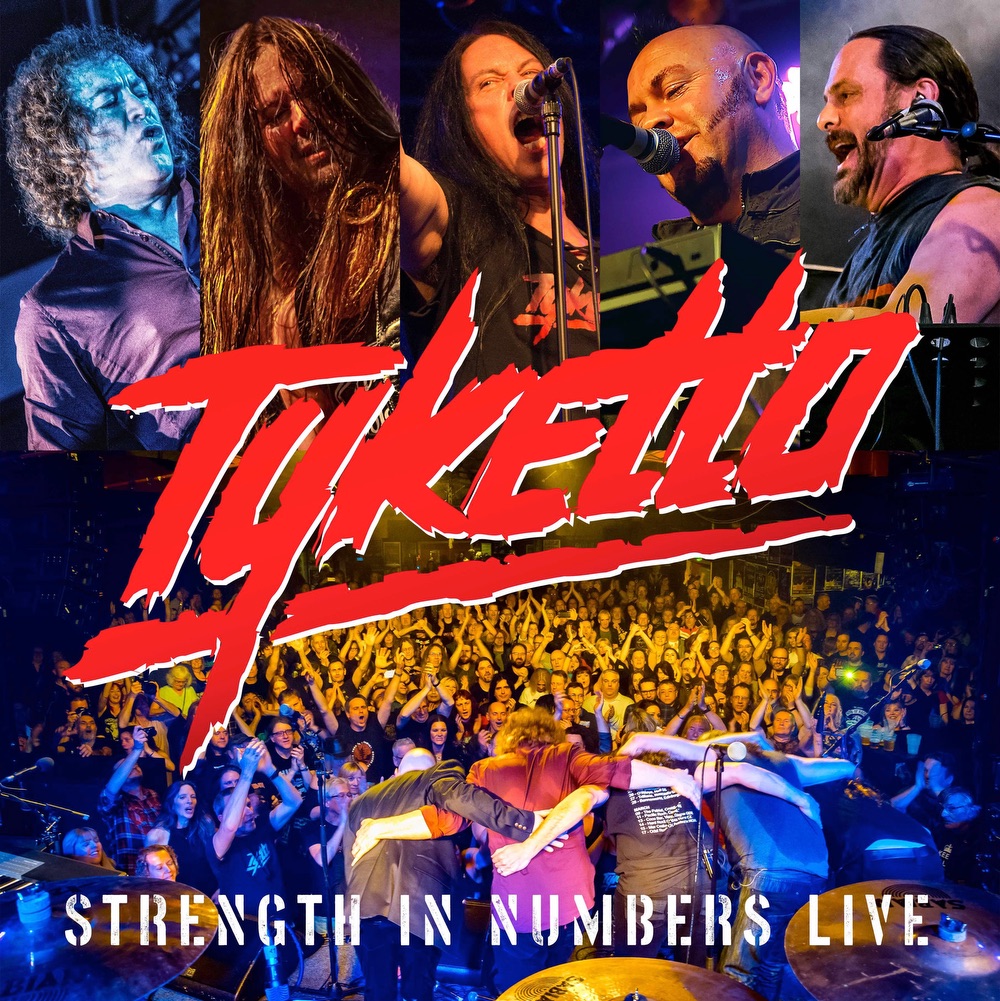 While the wheels of that machine gained momentum in those early years, Tyketto continued to do what they did best: skilfully write, arrange and record memorable and meaningful melodic hard rock songs. When the album saw the light of day in 1994, a time when grunge and alternative were dominating charts and radio, Tyketto soldiered on and came up with arguably the best melodic hard rock record of that year. The band’s European and UK fanbase welcomed the album with open arms, which resulted in successful tours. All Tyketto fans know the story from there and, thankfully, of the rebirth we have been blessed with these past few years.
Tyketto embarked on the ‘Strength In Numbers’ 25th Anniversary Tour in March 2019 and it was a slam dunk, with both the band and audience in prime form. All the shows had an intense yet personable energy about them and the entire tour was recorded for this new live release, which complements the 2017 ‘Live From Milan’ CD/DVD document on which they performed their debut album, ‘Don’t Come Easy’, from start to finish.