Its hard to believe that Swedish rockers “CRASH DIET” first started out way back in 2000, with their debut album (Rest In Sleaze) following in 2005. The career has obviously had some well documented highs and some tragic lows but through it all September of this year will see them return with this their 5th studio album and that familiar 80s arena attitude with a sprinkling or razor sharp punk just to spice it up it a bit. This outfit consists of.

“RUST” Title track and first song has a proper Motley Crue opening with firstly a rumbling bass then added tribal drums before a catchy guitar riff that lights up the song and were barely a minute old. Nice sing along track with all band members contributing to back up vocals and Gabriel Keyes leading the march with his distinctive voice. I really enjoyed this opening song as its nowhere near the frantic pace that they have been known to achieve on some occasions. its more controlled and a near perfect opener with its peaks and troughs.

“INTO THE WILD” starts with an acapella intro from all the members and more heavy hitting from Eric Young” a totally different song than previous and more upbeat and less fussy with vocals ranging from singing, into sections where we get distorted talking from Gabriel Keyes but with its mid section breakdown and slow melodic solo thats morphs into a full on slice of sleaze and climaxes with a demonstration of how a vocalist should hit the high notes.

“IDIOTS” is a lesson in how to write a angry song, with its references to idiots,haters,fakers, and energy takers, all spat out it with a backbone of wah wah guitar giving the whole thing a new dimension. Without any doubt this track shows a maturity in song writing and again although a aggressive subject still written so the fan can sing along. A nice touch at the end is the chugging guitar and drums that maintains the spite right to the end.

“THE MAZE” is the first proper downturn in pace as it borders on Ballad territory and we see the vocals sang in a lower registrar with no bells and whistles just performed by all 4 members in a simple and affective fashion. Again special mention must go to Martin Sweet who underpins this simple track with some lovely guitar licks.

“CRAZY” here we go again, head down,foot tapping blasting out the speakers rock n roll a proper rollicking song but with a very nice twist in the chorus because it keeps the same tempo but with the words sung in a mellower style. This is a 100% sure fire live sing along with a superb low down dsection and those distorted vocals making an appearance once again to great affect. Just over three minutes of perfect Sleaze Rock.

“WE ARE THE LEGION” and “PARASITE” fill the album out with more crunching riffs and in the case of “PARASITE” more pissed off lyrics, its so refreshing to review a album that has so many twists and turns without the cheesy baby baby baby lyrics so often associated with this genre of music,both the song writing and lyrics are a credit to the four guys.

“REPTILE” having seen the band live a couple of weeks ago they played this as yet unreleased song and its nice to be able to hear it as a studio recording. First thing is the aggression and the tempo with that familiar metallica chugging guitar and another midsection breakdown and proof that Eric Young can replicate and change his drum style to that of bordering on thrash. This is one hell of a pissed off hateful song as I guess the title “REPTILE” would suggest. Fantastic stuff.

“FILTH – FLOWERS” with its simple acoustic guitar soon gives way to yet another up beat song with gang vocals singing “filth and flowers” while Gabriel Keyes sings his best vocals on the whole album. I have no idea what the man’s octave range is but i am sure he covered the full arsenal on not only this album but on this song alone. This is a bruising way to round the album off, and kicks the listener square in the balls, so much is going on with hammering drums, a solid bass from the much under rated Peter London who keeps the whole thing ticking over and when the band break off half way through you can here the solitary bass and the way it contributes to this brilliant song, before being abruptly drowned out by the returning razor guitars and thunderous drumming.

What CRASH DIET have achieved with this album is three things. Firstly they have produced a album that as sure as night follows day is going to attract new fans. Secondly for the fan that is aware of the group if they get to hear “RUST” they will be sure to look into the bands back catalogue. Thirdly take if from me this album does grow on the listener,I originally played it twice before typing my review and now I am on my fifth play and the album has manifested itself into a bit of a monster. Essential purchase in my opinion,

Review by Steve Bruty for metalplanetmusic 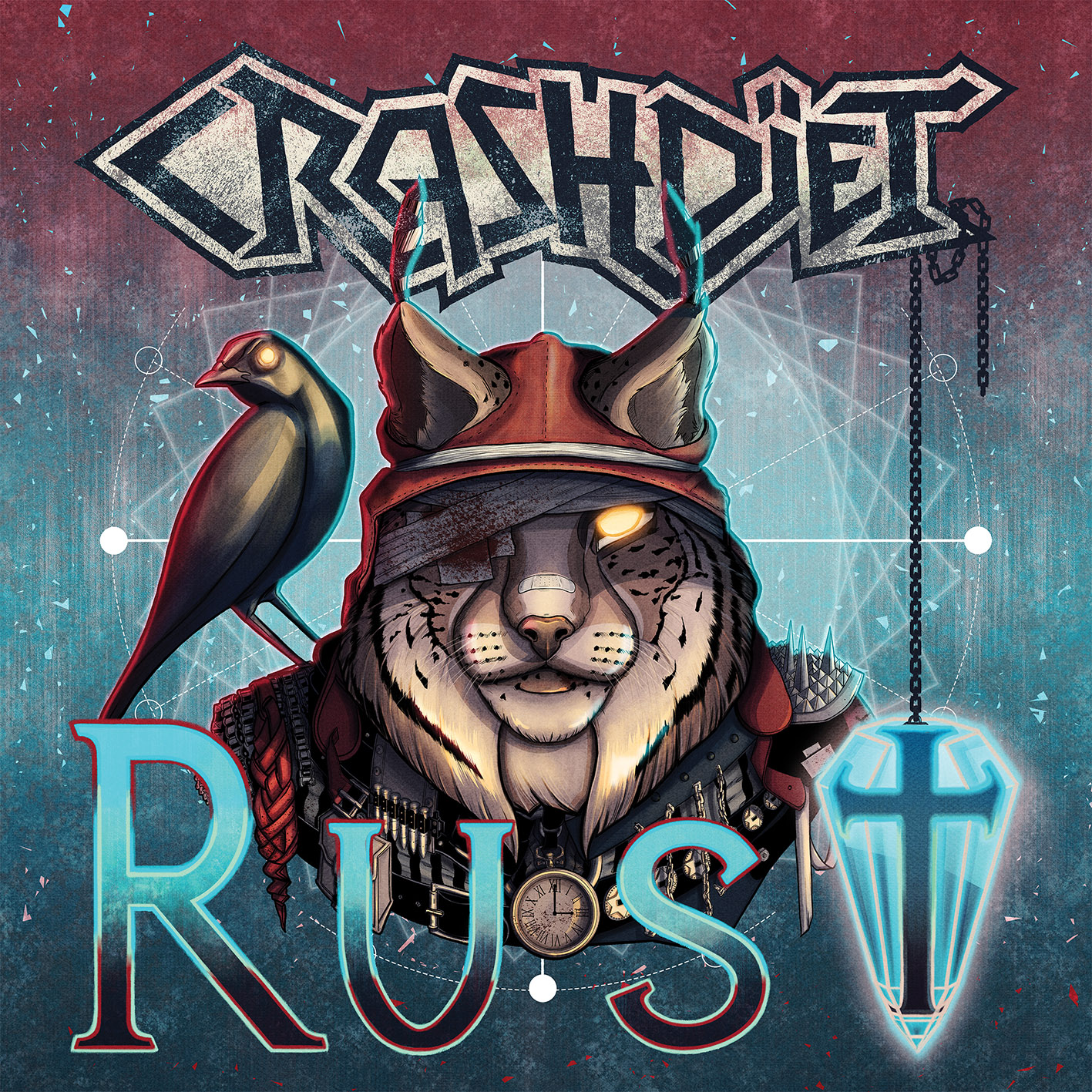