Recently, Dutch metal titans EPICA have launched a lyric video for ‘Kingdom of Heaven’ which is taken from the band’s upcoming re-release of ‘Design Your Universe’ – Gold Edition.  ‘Kingdom Of Heaven’ is now available as digital single via the following link: https://nblast.de/Epica-KingdomOfHeaven
Listen in NB New Releases playlist: http://nblast.de/SpotifyNewReleases / http://nblast.de/AppleMusicNewReleases

Mark Jansen comments: “’Kingdom of Heaven‘ is very dear to me. This song was dedicated to my grandmother after she passed away. The lyrics are dealing with near-death experiences and the bridge between spirituality and science. Up until today, it’s the EPICA song I’m most proud of and even though we cannot perform it that often live due to its length, we will perform it soon during the ‘Design Your Universe’ 10th Anniversary shows. Enjoy this lyric video.

Design Your Universe’– Gold edition contains a remastered and remixed version of the album and a newly recorded acoustic bonus disc and will be released October 4th. The album and exclusive merchandise bundles are now available for pre-order now from http://smarturl.it/epica

To coincide with this release EPICA will perform a number of exclusive ‘Design Your Universe’ 10th anniversary shows around the globe. 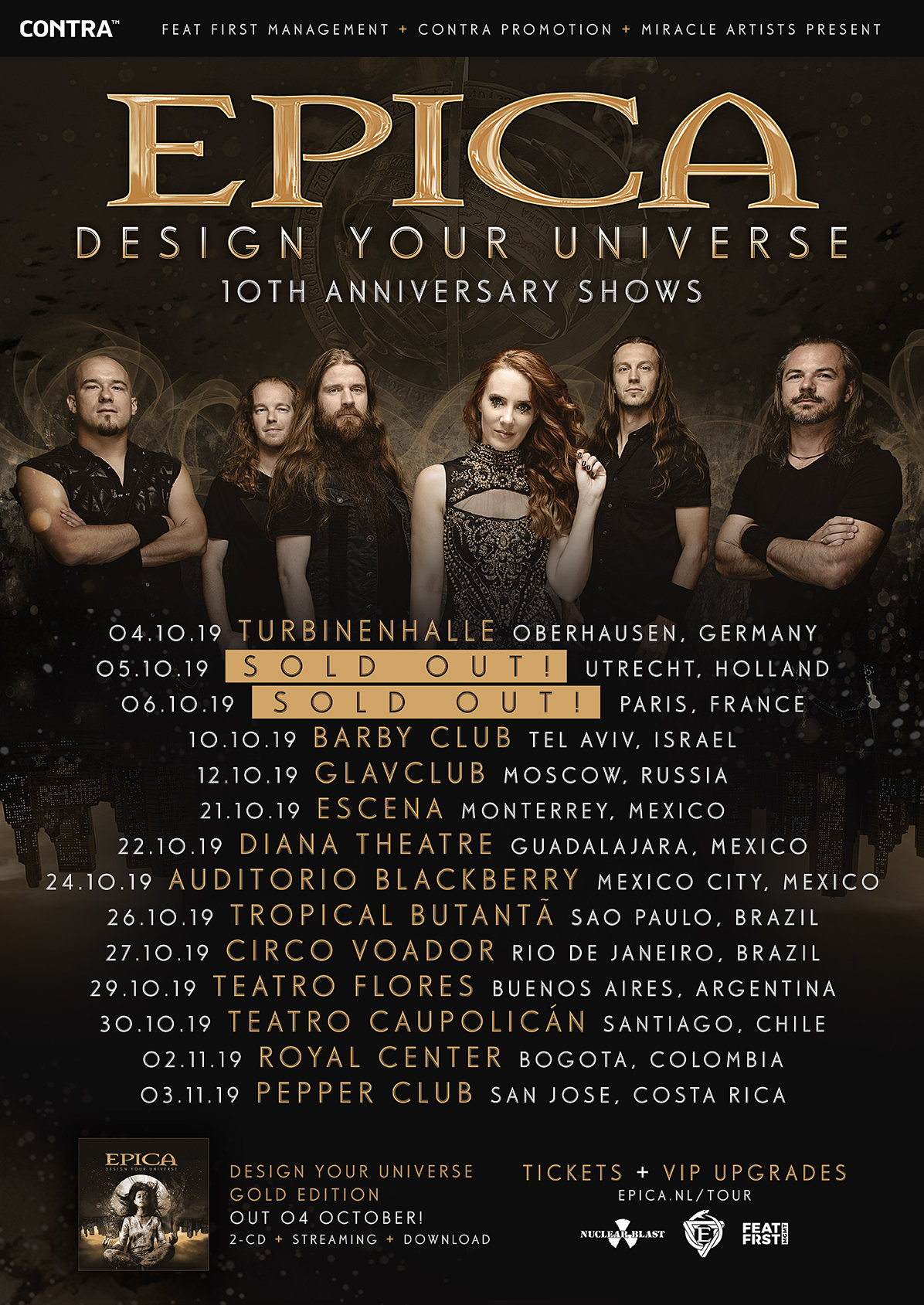 Tickets are on sale now through www.epica.nl/tour