Devon Townsend came to my knowledge via the one the only Mr  Vai back when he appeared as a vocalist on Sex And Religion, Steve’s follow up to his infamous solo album Passion and Warfare way back in 1993.

Fast forward close to three decades and he is back in Belfast once again an astonishing artist in his own right. I have to admit once Vai had moved on from Devin Townsend and Devin from Vai so did I, so I am delighted to be reunited once again with this maestro of the Prog world as he takes his Empath World tour through Europe.

Supporting Devin tonight are London Prog crew Haken, right from the off you know what these kids are all about, Strandberg guitars, digital boards on the floor. Beards amundo! Haken is an absolute beast live, majestic in their absolute savagery, dirty filthy riffage with highly melodic vocals that fuse together beautifully. Tight as tigers arse they unleash unholy hell on the Belfast crowd to more than announce their first visit to this fine city, clearly a Prog loving city by the reception these lads are receiving! Gargantuan applause rings out after each and every song and their hefty tunage wins over the hungry Belfast crowd, well played ladies, well played. 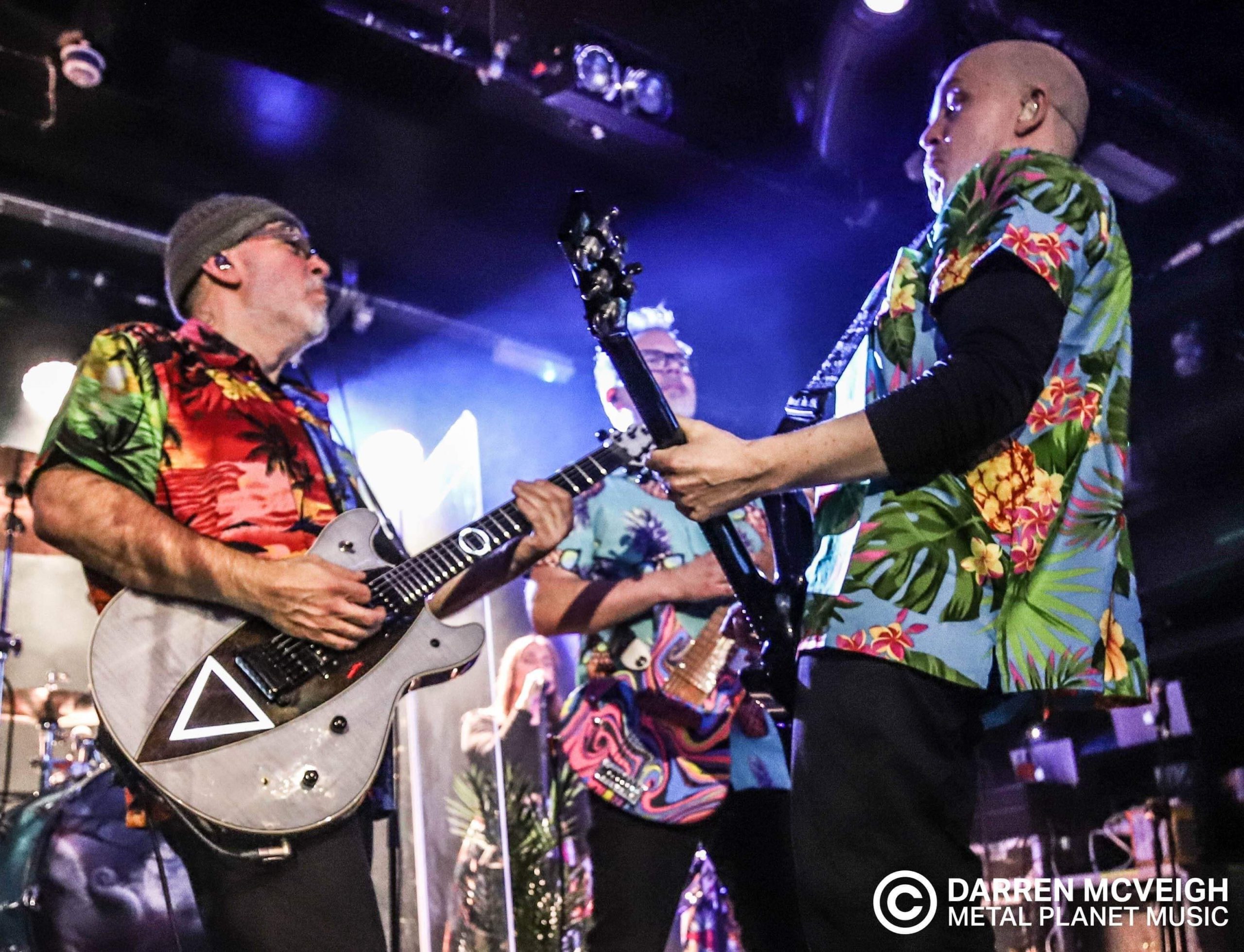 So as advertised at 8 pm, one by one each member of Devins band make their way onto the stage, and one more, and one more until all nine of them take their places on a packed Limelight stage. What unfolds is one of the craziest shows you’ll no doubt encounter for some time, the frightening array of quirky guitars, three b e a u t I f u l backing vocalists, bass keyboards and a drum kit with three double bass drums and a collection of Hawaiian shirts to make Magnum jealous. Quite the visual cacophony, add a soundtrack to match and you kinda understand what a Devin Townsend show is all about.

A joyously vocal guy, talking at every opportunity to the crowd he makes everyone feel at home within this crowded room, the Belfast massive appreciate the humility in which Devin expresses his gratitude for all who have come out tonight.

A multi-talented musician Townsend brings a veritable onslaught to the Limelight tonight, and with a back catalogue that spans some twenty-seven recordings, there is a plethora of material to entertain the excited fans. A seriously packed house reverberates to the wall of noise the band project from the stage, taking the crowd on a sonic journey like no other, pushing and pulling at them with brutality and precision. Townsend goes from clean serene to guttural vocals in an instant changing the direction of a track to take the breath away. The shift and dynamics of the music live is remarkable as the busload of musicians become one on an overcrowded Irish stage.

The roars go up as Devin plays fan favourites, mobile phones in the air capturing their snapshots on tonight’s performance, arms aloft as they sail along with Devin on vocals to fill the room with a cacophony of voices. Townsend orchestrates the crowd like a conductor waving his arms as the crowd sways before him, numerous confine changes not to mention a sea of jazzy hands, yes you heard me right.

One of the most unique shows I have ever witnessed, a journey through the mind of one Mr Devin Townsend. Party central and everyone’s invited! The penultimate track of the night is none other than ‘Disco Inferno’ before they wrap things up with ‘Kingdom’.

A truly majestic performance from an unbelievable collection of musicians, if you’re fortunate to be able to catch this show live then you simply have to.