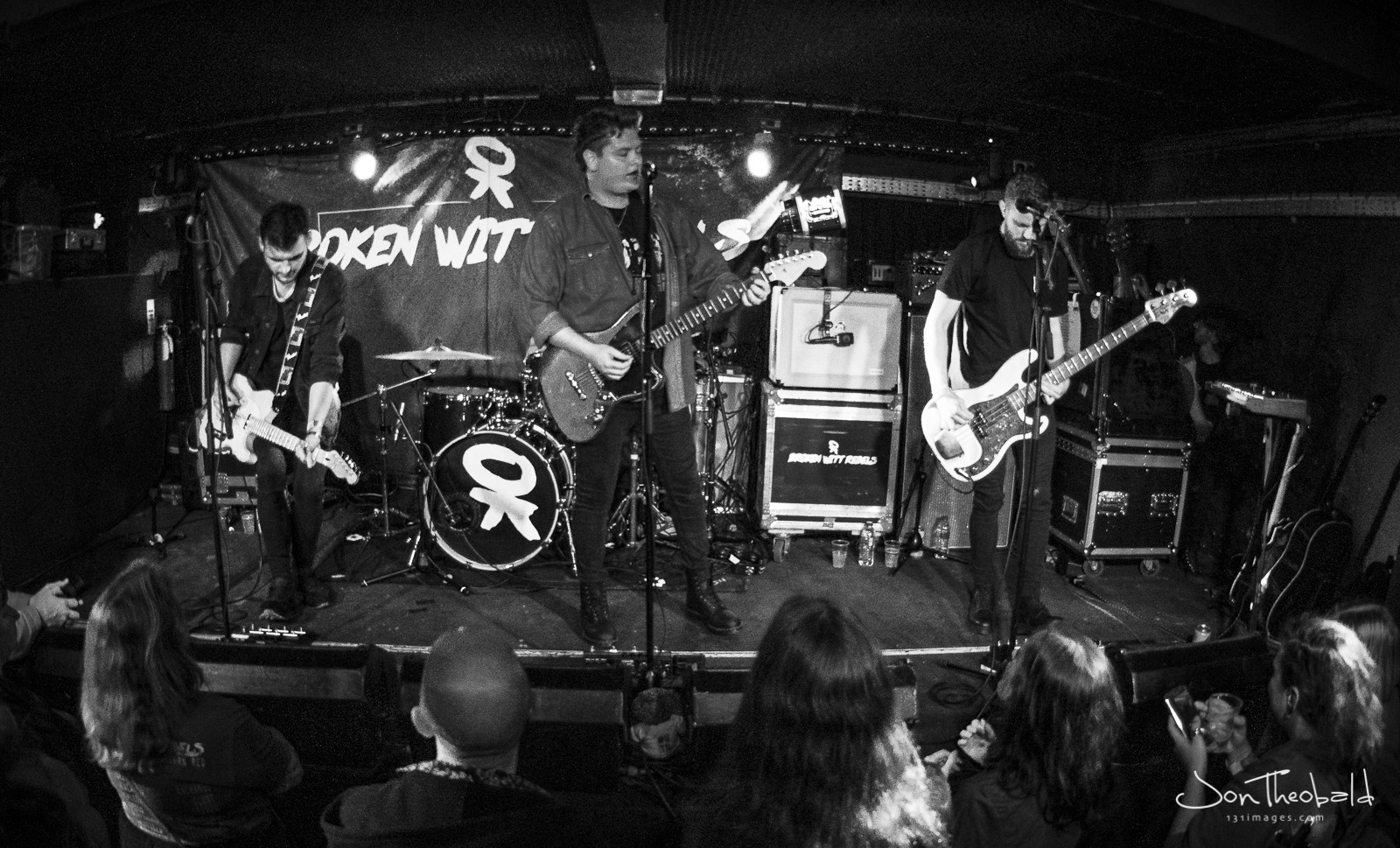 The audience seemed to genuinely enjoy the support slot from No Fit State. The duo have a surprisingly full sound considering there are only the two of them. Having supported them on the previous handful of tour dates it’s obvious they are settling in and are a good match for the Rebels. It was a great warmup and the room had filled up nicely by the time the main act were due.

Broken Witt Rebels came on stage to rapturous applause and went straight into ‘Loose Change’, a firm favourite of the crowd following so many plays on rock radio. By this time, unbeknown to most of the crowd Roger Taylor (yes, that Roger Taylor!) and his wife had joined the crowd at the back of the room and were seen to be thoroughly enjoying the show. 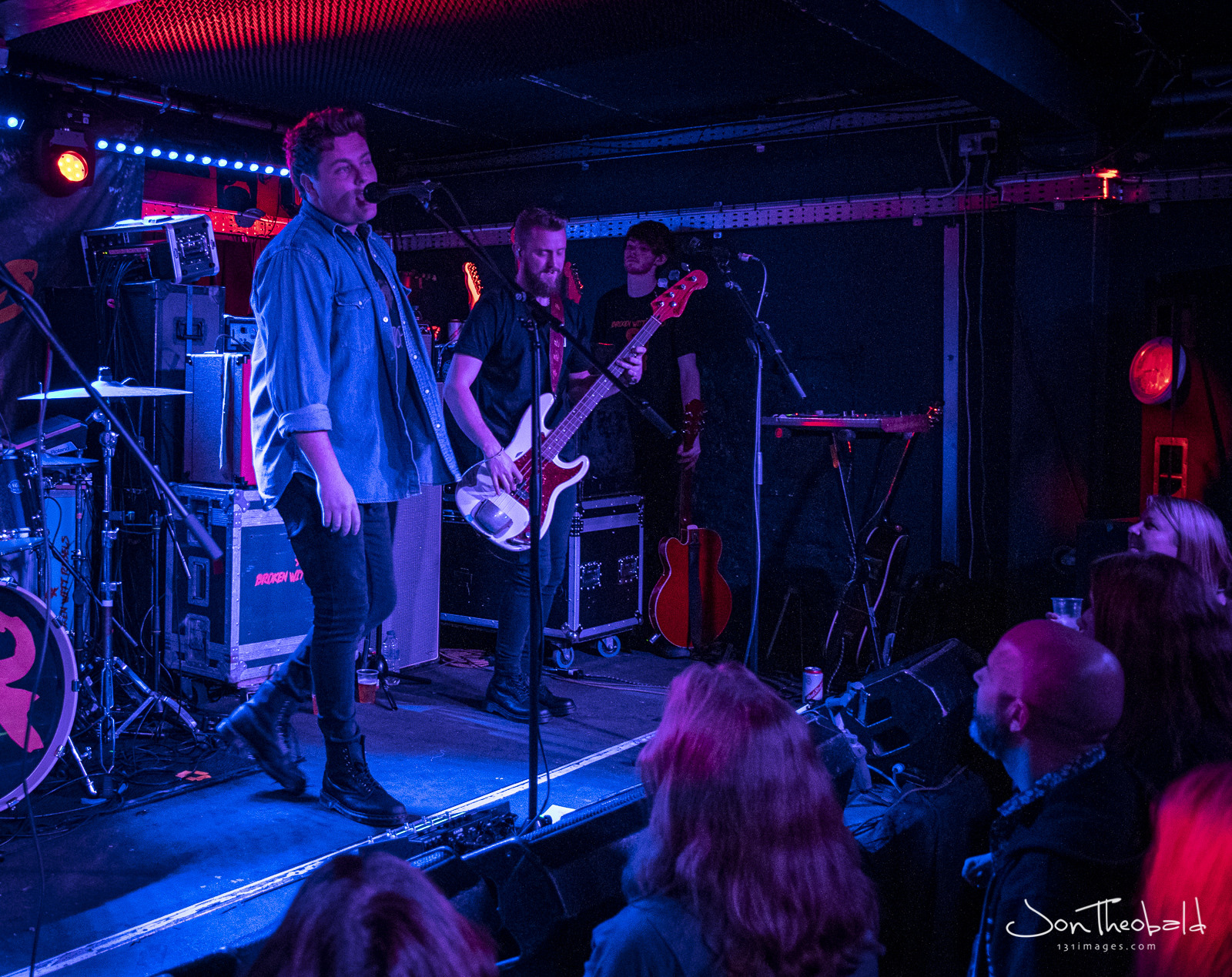 ‘Loose Change’ was followed by ‘Snake Eyes’, with its wonderful bouncy base line, played enthusiastically by Luke Davies. After an apology from lead singer Danny Core, for being absent for so long, the band launched into ‘Fearless’. Having seen the Rebels a number of times, it’s a track that I and the crowd know well, which is pretty amazing considering a recorded version has not yet been released. It will be a track on the new album ‘OK Hotel’ due out in the Spring of 2020.

After this the band treated the crowd to the sultry ‘Breathless’, a great foil for Danny’s soulful vocals.

Drummer James Dudley uses electronic drums to great effect on this track which is a slight departure from their original sound. The crowd recognised the intro to the song and there was loud applause along with shouts of ‘Up the Rebels’! A new song followed, ‘Save My Life’, which was well received. 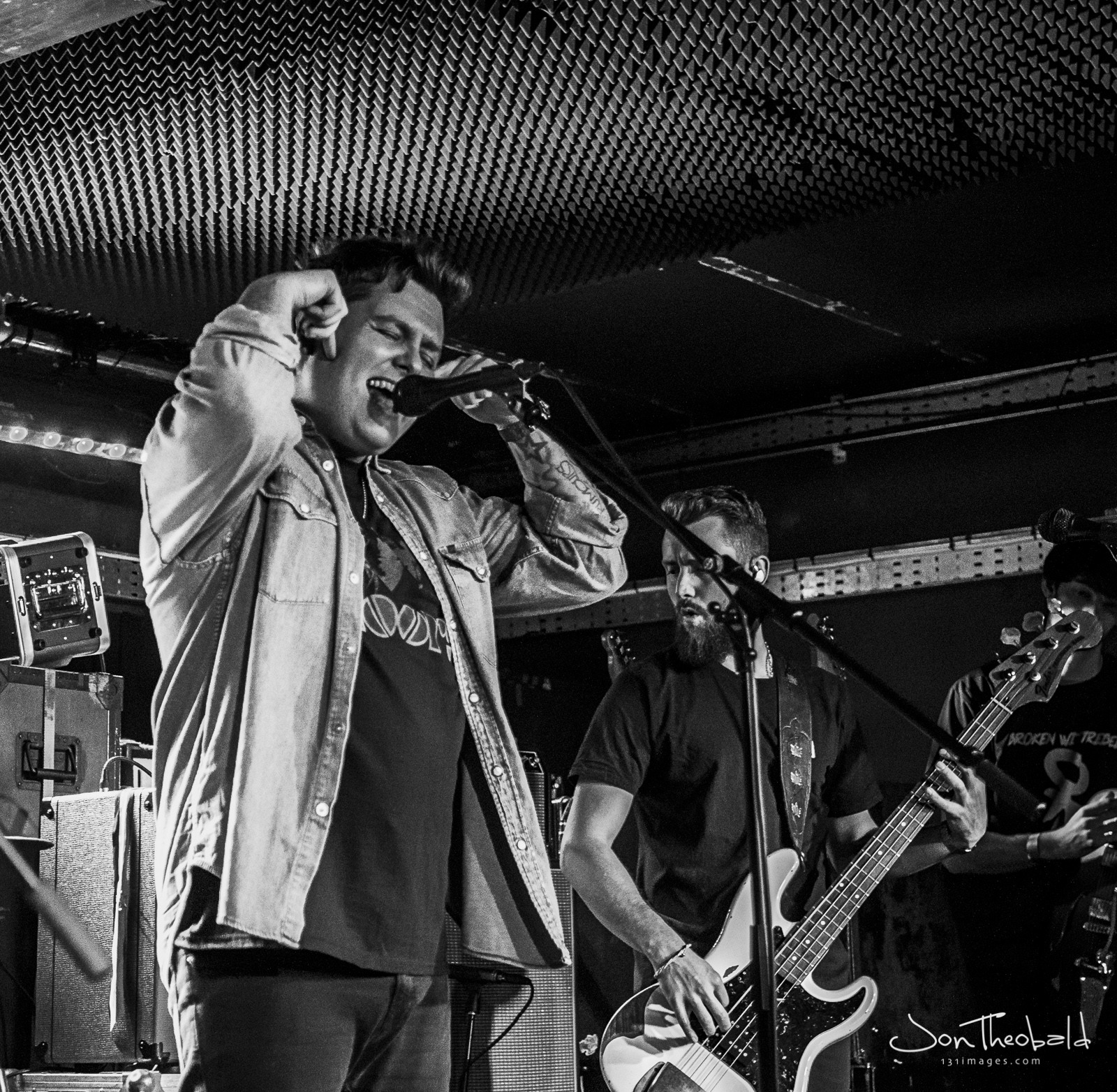 Danny then launched into ‘Spell on You’, the Rebels showing how bluesy they can be. This seamlessly segues into ‘Howlin’ ’, one of their original crowd pleasers, with James Tranter showing what a brilliant blues guitarist he is. ‘Low’ followed that, with the whole crowd singing along. Some of the newer tracks followed, ‘Give It Up’ and ‘Turn Me On’. Both were beautifully sung by Danny with harmonies provided by James and Luke.

Afterwards it was back to the classic ‘Getaway Man’, a firm favourite with yet again the crowd singing the verse and chorus. Danny then introduced yet another new track, ‘Broken Pieces’, by telling the crowd that it was written just after his father had passed away whilst the band were recording the new album in Texas. It’s a beautiful song, written from the heart and was appreciated by the audience.

The new ‘Take You Home’ and the well-known EP release‘Georgia Pine’ followed. The current single ‘Money’, with its instantly recognisable intro was a delight, and then one of the firm favourites, ‘Bottom of the Hill’. The set finished with their next ‘single to be’ ‘Running with the Wolves’, with its infectious, radio-friendly melody. 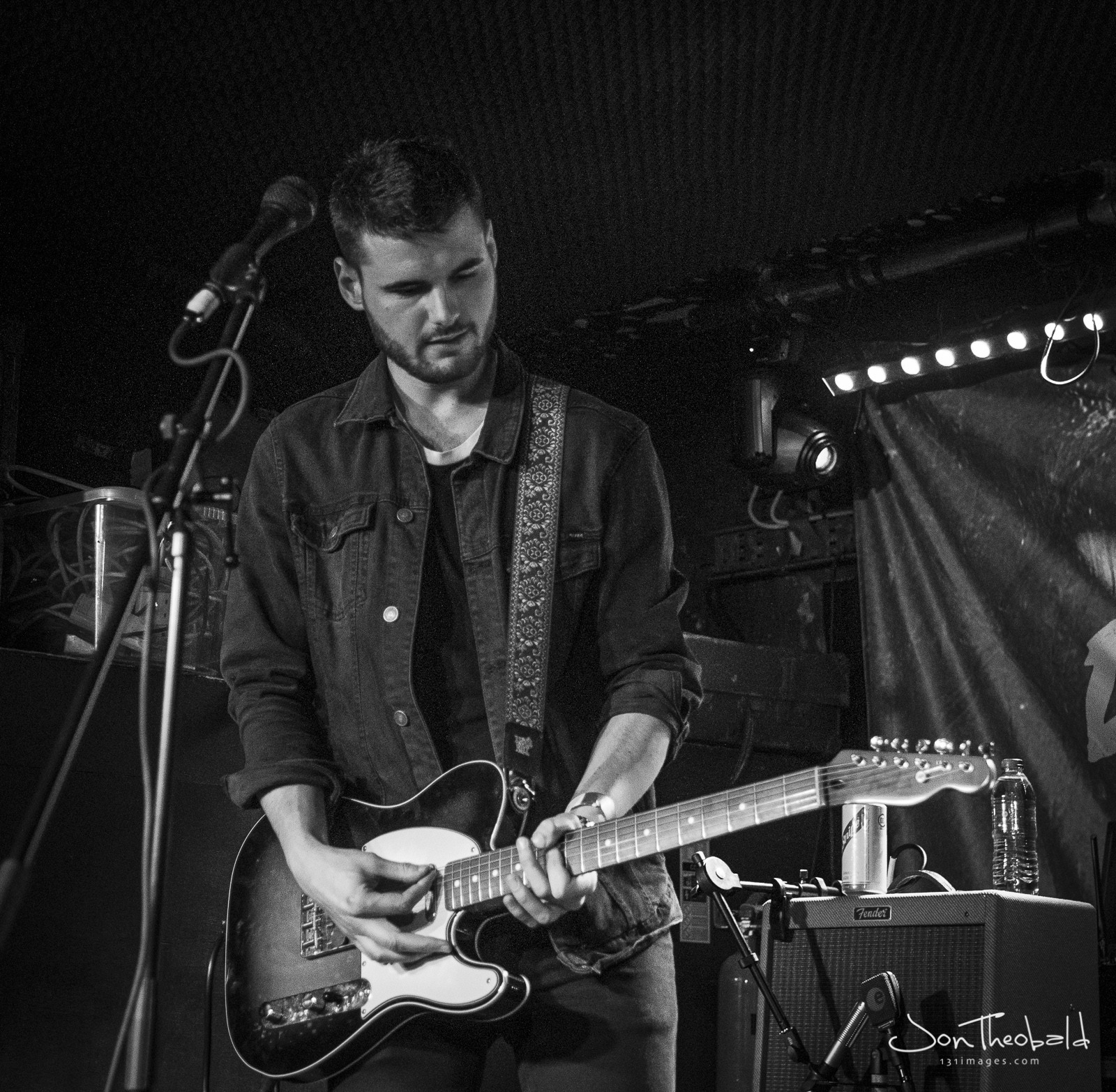 The band weren’t off stage very long before they came back on for the encore of ‘Shake Me Down’ (my own personal favourite), then a new acoustic track ‘Birmingham’- described as the band’s own tribute to their home town – and the brilliant, anthemic ‘Guns’.

Broken Witt Rebels’ catalogue of great songs is so extensive that it must be hard for them now to decide what to keep in and leave out. I can’t think of any other band at this stage in their short career who have that luxury. Most have one or two great songs and the crowd generally endure the rest until they get to those. With the Rebels, so many of the songs were, or potentially could have been singles, so each song is greeted with enthusiasm.

They finished and the crowd reluctantly started to disperse, although not without picking up some of the new merchandise on the way out, and the almost obligatory selfie or group photo with the band – of whom it must be said stay to the very end and talk, pose and laugh with everyone who is there.