January 19, 2022
Trending Now
Home News Testament rip it up with new track Night Of The Witch

Testament have released their new single titled Night Of The Witch.
It’s the first taste of material from the thrash veterans’ upcoming studio album Titans Of Creation, which will launch on April 3 through Nuclear Blast.
[youtube https://www.youtube.com/watch?v=tG8RDq4nAtg&w=560&h=315]
Speaking about the new album at last year’s Hellfest, guitarist Eric Peterson gave a hint at what fans could expect from the follow-up to 2016’s Brotherhood Of The Snake when he said: “Musically, it’s a lot more thrash and more old school.
“I don’t want to say Mercyful Fate, but those kind of guitar harmonies and stuff like that. Lyrically, it’s probably a little bit more storytelling, kind of evil shit. The label told us to write something evil, so…”Vocalist Chuck Billy added: “I give Eric credit, because he doesn’t follow anybody else – he has his own taste in music, and he brings what he does to Testament.
And it always keeps us on our toes, and me especially, because when I hear the riff, I expect, ‘Maybe it’s going to be the old-school thrash.’ But then when I get it, I hear the thrash, but then there’s some new elements and new chords that he chooses to play that maybe aren’t comfortable for me. And when I first hear them, I go, ‘Wow. That’s different.
Find the cover art for Titans Of Creation and the new track below.
Tracklisting:
Children Of The Next Level
WWIII
Dream Deceiver
Night Of The Witch
City Of Angels
Ishtar’s Gate
Symptoms
False Prophet
The Healers
Code Of Hammurabi
Curse Of Osiris
Catacombs
Just as the elements of this planet thrive within all living creatures, each musician in TESTAMENT represents a necessary component of this latest musical creation. Still filled with a massive and unstoppable energy since their last release, TESTAMENT have taken their style to the next level and present an album that is loyal to the roots of traditional thrash metal while still including alluring, brilliant, and progressive ingredients they are known for. 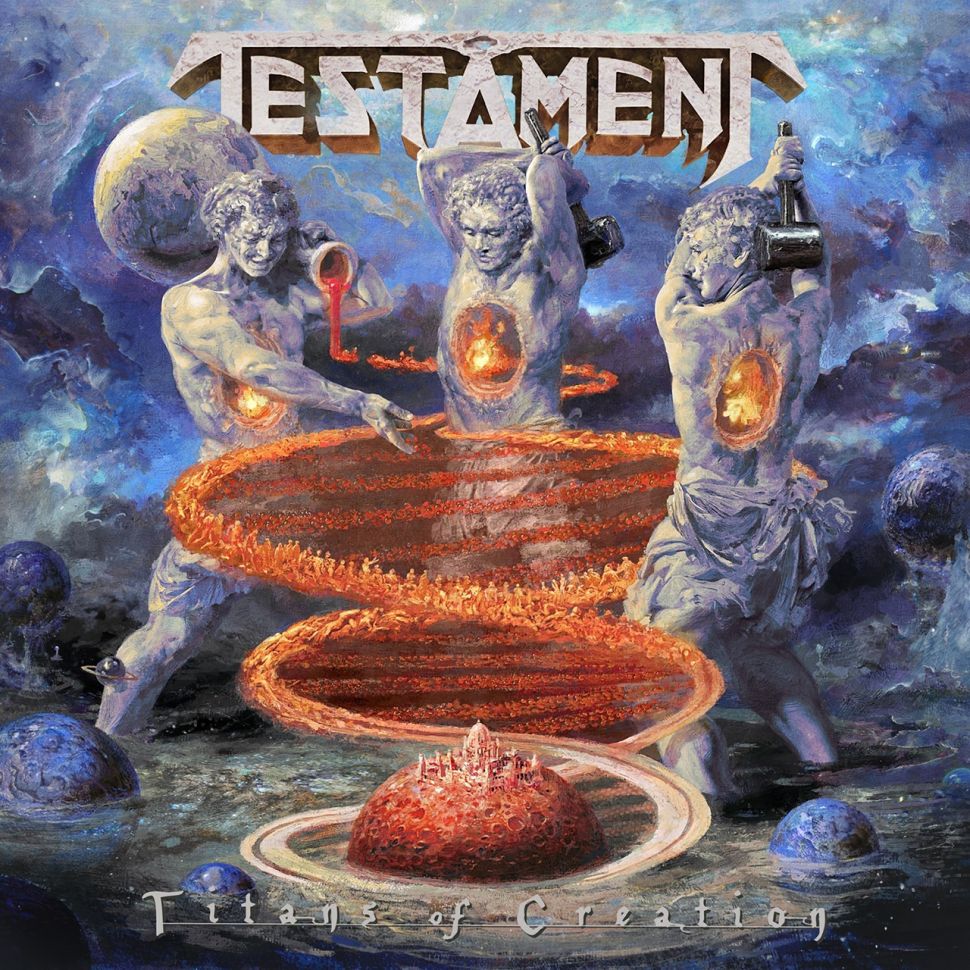 The release comes ahead of Testament’s The Bay Strikes Back European tour, which will get under way in Copenhagen on February 6 and wrap up in Hanover on March 11.
Testament will be joined on the road by Exodus and Death Angel.
Pre-order your copy of Titans Of Creation in the format of your choice here: nblast.de/TestamentTOC
Pre-save the album on Spotify, Apple Music and Deezer: nblast.de/TESTAMEN
ESTAMENT is:
Chuck Billy | Lead Vocals
Eric Peterson | Rhythm/Lead guitar & Vocals
Alex Skolnick | Lead Guitar
Steve Di Giorgio | Bass guitar
Gene Hoglan | DrumsFOLLOW THE BAND ONLINE:
facebook.com/testamentlegions
twitter.com/testament
youtube.com/user/testamentofficial
testamentlegions.com
instagram.com/testamentofficial
Load More Related Articles
Load More By admin
Load More In News
Comments are closed.