With the live music scene still uncertain for months to come, 3 people got together to try and bring some positive to fill the void.

The show ‘Eyes on the Scene’ announced last week that young prog rock band Ethyrfield will be performing along with Belfast punk band ‘The Defects’ and Midlands based punk rockers ‘Headsticks’. There is also some special one off performances from Henry Cluney, founding member of Stiff Little Fingers and Johnny Hash featuring Buck from The Defects.

Along with the live performances will be a brand new quiz show inviting band members to take part for a chance to win ‘exposure points’ in the tongue in cheek game called ‘What’s The Point Of It?’ and hosted by Guido McFister.

There are video highlights, news section and a few more bits to see during the first episode.

Ex-bass player for Neck, Guido McFister said “we wanted to fill the void for bands and fans who are missing out on gigs right now, so after Breaking Bands Virtual Festival, we felt this TV show idea could be something fun for everyone.” Festival Director Mucka Jay commented that there doesn’t seem to be a full entertainment show for the underground scene and with time on our hands in lockdown, now was a great time to put something together. 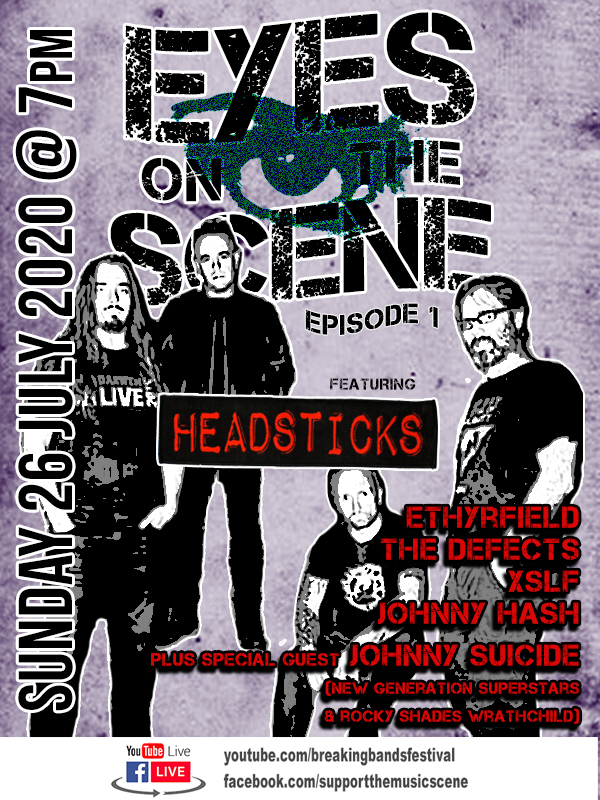 The show will launch via the website www.supportmusic.live and streamed on Breaking Bands Festival Youtube channel along with Support the Music Scene’s Facebook page live at 7pm UK time this Sunday, 26th July. Each subsequent episode will be live on the last Sunday of the next 3 months.

Any bands wanting to take part in future episodes should apply via the website.