Black Soul Bones is accompanied by a lyric video  check it out below.

Devilfire’s frontman, Alex Cooper said of the song, “I was brought up by my father on a lot of weird music, Frank Zappa, Tangerine Dream, The Flock… But the artist that definitely influenced this song was Dr John.

The sound that Dr John cultivated always gave me a scene in my head and that scene is played out in Black Soul Bones. It’s of a dirty, dingy, New Orleans bar, the festival of the dead marching outside, while the band plays the dirtiest blues songs in the corner with a horn section, massive choral unit and the most knackered old piano faced against the stage wall by the staircase adjacent to the bar.

The place is swinging, and the people are grooving and there is almost black magic in the air. This must just be the coolest and simultaneously the most dangerous place to be.

They’ll be singing tales of heartache and woe over the mic, the lyrical content is dark and moody. A woman so in love but lied to and now seeks revenge is a very common tale in these parts.

Black Soul Bones gives a different side to the Devilfire personality.”

Devilfire are a 5-piece hard melodic rock engine from Birmingham, England formed off the back of an early studio session between long term friends, Alex Cooper (producer) and drummer, Lars Wickett. Their working project, then known as Devilstar, took 3 years to gestate before things fell into place on a lengthy tour of Eastern Europe as guests to Tarja Turunen. 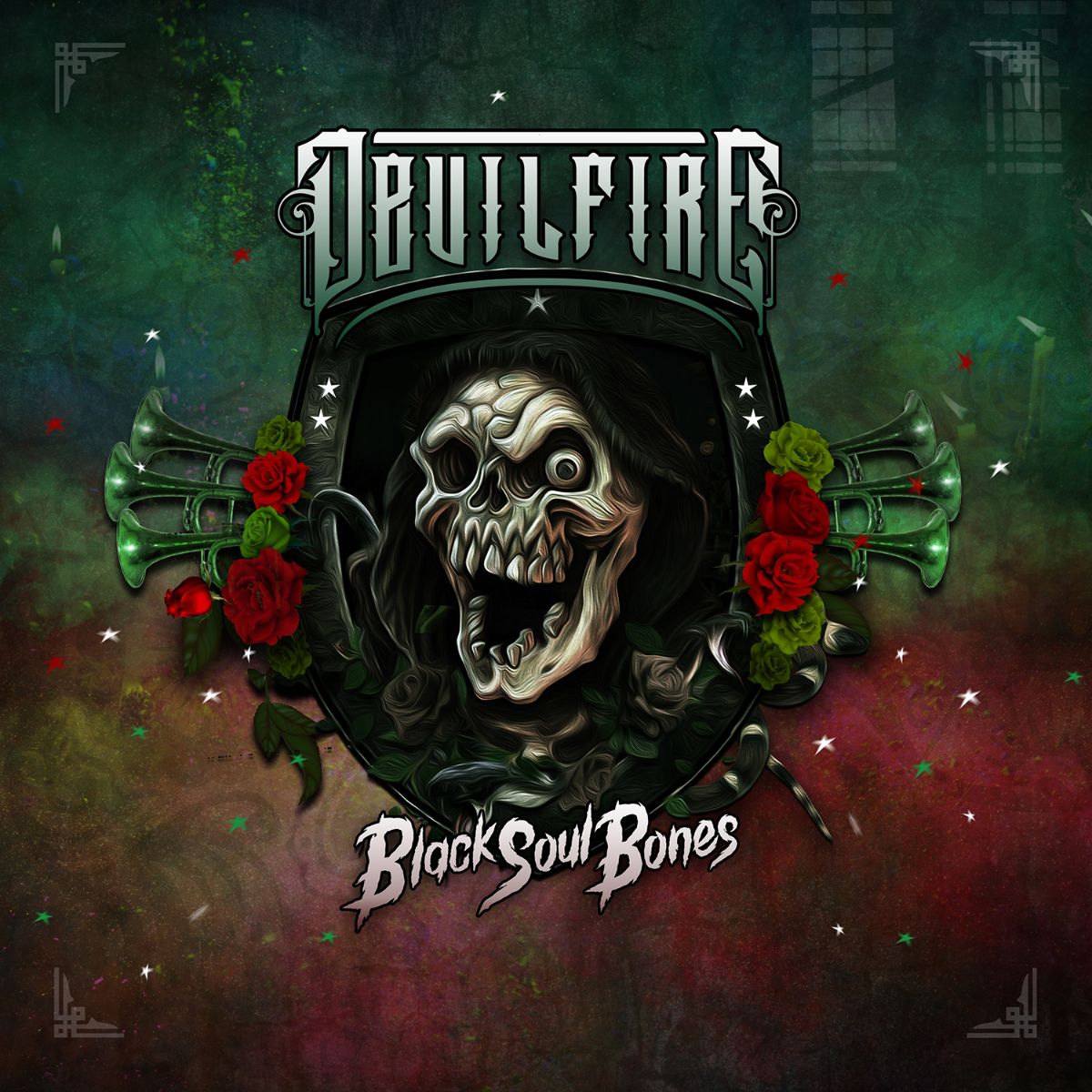 That tour cemented a growing reputation as a live force and what followed was the undeniable power of their debut album, Dark Manoeuvres, released in 2017 to high acclaim.

Dark Manoeuvres was followed up with further sold-out dates on the road before the release of a short-run EP Out Of The Dark to placate fans’ demands for further material.

Now, with the release of Black Soul Bones, they introduce the world to their new full-length album Black Soul Vendetta.

What they say about Devilfire