JANINA JADE’s music and lyrics are just as unique as her voice and guitar playing. They are honest, real, raw, full of unfiltered emotions and attitude, with a sense of danger from a hard life lived on the edge.

Heart Of Rock N’ Roll‘ is recorded without clicktracks or any studio trickery.

It captures the true essence of her voice and guitar playing, her vision, heart and soul, without making any compromises. This is honest Rock N’ Roll that invites the listener inside Janinas mind and life.

The major rock magazines in Sweden called her ’a female Keith Richards’ and praised for her honest attitude, songwriting and no bullshit rock n’ roll approach and sound. 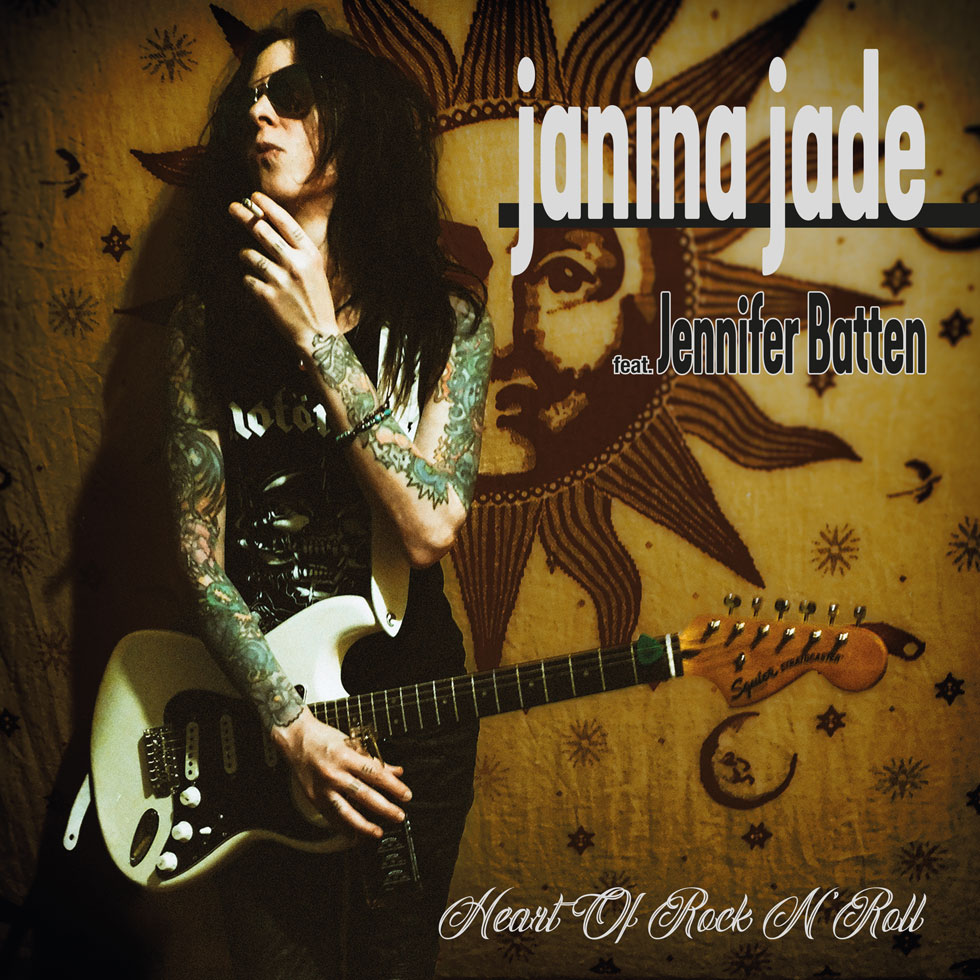 The album was produced, mixed and mastered by Tobhias Ljung (Bible Black, The Bereaved, Whyte Ash).

“I was asked about my influences when writing this album and honestly I never listen to a certain band or album when I am writing music. I never sit down and think I should write a song that sounds like this or that, or with lyrics about ’this or that’. Songwriting for me is much more than that. It is a basic need, just like breathing and I really can not function at all as a human being without expressing myself through my songwriting.“

“You know I never wanted to, or try to sound like anybody else, and honestly I can’t – all I can do is be who I really am, in my life and in my music and lyrics. However the band that has made the biggest impact on my life, influenced me the most over all these years is The Rolling Stones, and especially their ’70’s era. So obviously there have to be some inspirations from them in my sound.”

“Heart Of Rock N’ Roll” is recorded without clicktracks or any studio trickery, I really wanted to capture the true essence of my voice and guitar playing, my vision, my heart and soul, without making any compromises and this album truly does that. This is who I am and these songs invite you inside my mind and my life.”

JANINA JADE has studied at Musicians Institute in London and she has performed numerous gigs over the years in various groups, including performing infront of 20.000 people at the Roskilde Festival in Denmark.

Her main musical influences are The Rolling Stones, (especially their ’70s era), early Guns N’ Roses and everything from Marianne Faithfull to Motörhead.

Janina Jade has a distinctivly unique sound both in her music and in her vocals, her lyrics are always autobiographical, often dark, but always honest, strong and real.